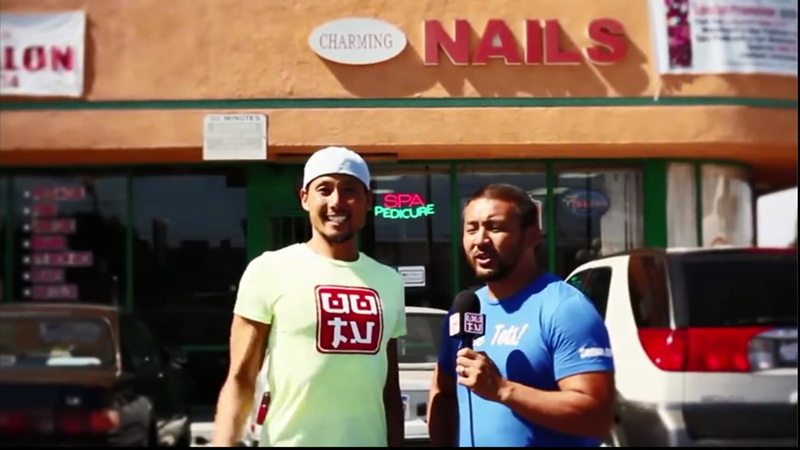 Stanley Chen and Charles Yang, who are both Asian, produced the video called "Yellow Fever with Soul" in 2015.

The Beverly Hills Police Department made them remove the post, but the video is now potential evidence in a series of lawsuits.

Twenty-two officers and other department personnel have filed claims either in court or with human resources. They allege discrimination, harassment and failure of the police chief and the city to take corrective action.

Some of the plaintiffs allege that then-Sgt. Scott Dowling laughed about the video and showed it to other members at the department. Chief Sandra Spagnoli later promoted Dowling to lieutenant.

The chief also promoted one of the officers who produced the video. Stanley Shen was promoted to detective.

"It is an inappropriate video. They're not taking action but rather promoting these folks," said attorney Brad Gage who represents seven department employees taking legal action.

The claims cite derogatory remarks she allegedly has made.

Plaintiff Capt. Mark Rosen accuses the chief of downgrading his job because he is Jewish and over 40 years old. Rosen claims the chief once asked him, "What do your people call those funny hats they wear in church?" He said she also commented on his nose.

A written statement from the city attorney says, "The city is committed to maintaining a respectful work environment free from harassment, retaliation and discrimination and provides ongoing harassment prevention training to employees."

Spagnoli was hired from San Leandro in 2016. According to the city, she has been "successfully addressing" recommendations issued by a consultant before she was hired. The study had found "an absence of team work and a failure of police department leaders to inspire respect."

A judge will decide next week whether there are grounds for Rosen's lawsuit to go forward.

While the "Yellow Fever with Soul" post has been removed from YouTube, it may face a captive audience in court.