KABC
By Jory Rand
LOS ANGELES (KABC) -- Willie Young III, who goes by the nickname Three, sent a message out to his classmates that he'll be back in school in a few days.

It's hard to believe that just three weeks ago, the active 6-year-old was shot and is now paralyzed from the chest down.

"He's doing amazing right now. We're so proud of him and all the progress that he's made," mother Eureka Young said.

A 6-year-old boy, who was paralyzed from the chest down after being shot by a stray bullet in an Inglewood gang shooting, received gifts from Eyewitness News viewers as he recovers.

Eureka was nearly inconsolable alongside her husband on the day doctors said their son would never walk again.

But now it's a different story, and that's because of Three's progress and attitude, which has helped his parents begin to heal.

It also helps that so many people show they care about Three, including complete strangers. Piles of gifts from Eyewitness News viewers filled reporter Jory Rand's office Thursday. They saw Three's story and wanted to help.

"We are just overwhelmed with joy. We are so happy for all the love and support," Eureka Young said.

Three thanked everyone for his gifts.

The company Eureka works for has set up a GoFundMe account to help the Young family pay for the costs of Three's treatments. You can donate to the account at www.gofundme.com/4k-help-willie.
Related topics:
societyinglewoodlos angeles countyexclusivegang violencegiftschild shotfeel good
Copyright © 2020 KABC-TV. All Rights Reserved.
RELATED 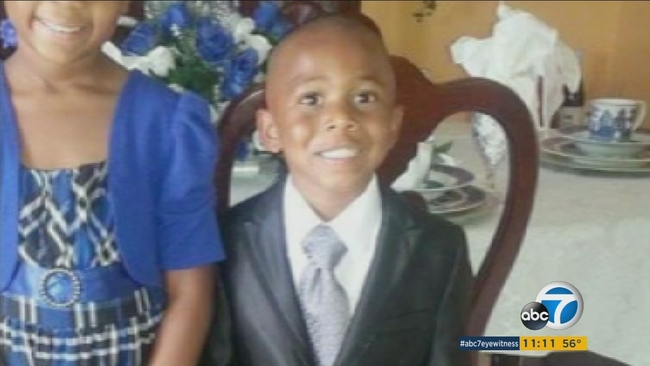 LIVE: Fire erupts on sixth floor of high-rise building on Westside of LA