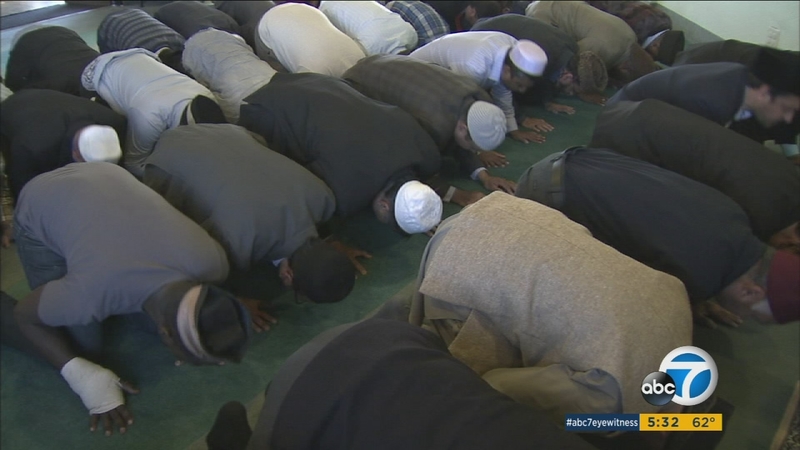 LOS ANGELES (KABC) -- Legal advocates are joining forces to aid the Muslim community as it is besieged by hate crimes and incidents of intolerance.

"The extent of Islamaphobia is even greater than after 9-11," said Betty Hung with Asian Americans Advancing Justice.

Hung said attacks on Mosques, women with hijabs being pulled at, children in schools being afraid to disclose they are Muslim are just part of the problem.

A wave of calls is overwhelming at the Council on American Islamic Relations and on Tuesday, four civil rights organizations announced the formation of a support network - offering lawyers who can respond to myriad concerns.

Verbal assaults, arsons, death threats and attacks on mosques are listed by Colleen Flynn of the National Lawyers Guild.

On Monday, Investigators in Richmond, California arrested a man suspected of making a bomb intending to harm Muslims.

A Hawthorne mosque was vandalized, and in the Coachella Valley, a mosque was firebombed.

Civil rights groups said Muslims are now being victimized another way - getting a surprise call from the FBI, feeling unjustly targeted, wondering what their rights are.

"Their fear is that they are not going to get a fair shake from law enforcement," said James Lafferty of the National Lawyers Guild.