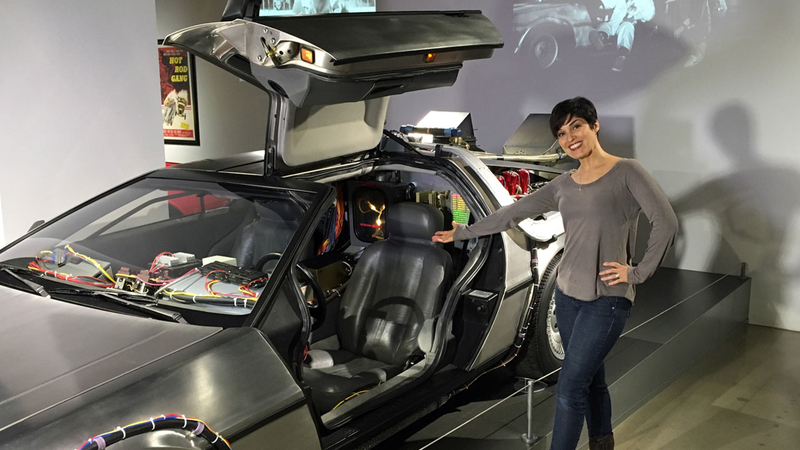 LOS ANGELES (KABC) -- Los Angeles may be a young city compared to the rest of the world, but it's definitely had a worldwide impact when it comes to things such as cars, music, dance and sports. You know, the subcultures that have a very particular West Coast style to them!

Everybody's heard of Muscle Beach, but did you know that its current Venice Beach location is not the original Muscle Beach? Its original home in Santa Monica really is considered the epicenter of the fitness explosion of the 20th century.
For the history of Muscle Beach: www.musclebeach.net/new/
To compete in or learn about Muscle Beach events: www.musclebeachvenice.com/
1800 Ocean Front Walk
Venice, CA 90291
(310) 399-2775

Skatelab Indoor Skate Park and Museum
Skateboarding and the West Coast go hand-in-hand thanks to pioneers like the Z-boys. Celebrating all things skateboarding is Skatelab in Simi Valley. Part skate park, part museum, Skatelab is like Willy Wonka's Chocolate Factory for boarders.
www.skatelab.com/

West Coast Music: The Beach Boys, Laurel Canyon, Tupac Shakur
Nothing embodies the sun and fun quite like the Beach Boys! Play a few bars of any Beach Boys tune and it's immediately recognizable around the world. The music that came out of Laurel Canyon also had its own unique sound, with artists like The Doors, Jimi Hendrix, the Mamas and the Papas, Frank Zappa, Crosby Stills and Nash, the Monkees and so many more. And we can't forget about West Coast rap, and the artist fans voted the greatest rapper of all time, Tupac Shakur.
The Beach Boys: www.thebeachboys.com/
Laurel Canyon images: www.henrydiltz.com/
Tupac Shakur: http://2pac.com/46-2/

Car Culture: Lowriders
The Lowrider culture has been around L.A. for about 70 years. Some will argue as to whether it started in Orange County or the San Fernando Valley, but we can all agree it started on the West Coast!
http://www.lowrider.com/

Petersen Automotive Museum
When you think of West Coast car culture, you might get images of the car clubs at Bob's Big Boy, cruisin' P.C.H., or Greased Lightnin'! Fortunately for us, the newly remodeled Petersen Automotive Museum celebrates the rides that have made the West Coast car culture shine. Spend an entire day exploring the new museum with the whole family.
http://petersen.org/

When it comes to the history of baseball, particularly the Dodgers, Sports Museum of Los Angeles is a grand slam! Located just south of Downtown L.A., the unparalleled collection takes you decade-by-decade through the evolution of America's favorite pastime.
www.sportsmuseumla.com/

Martial Arts
The martial arts certainly did not originate in L.A., but there's no doubt that Hollywood and a couple of Bruce Lee's L.A. pals, martial arts icons Chuck Norris and Bob Wall, helped bring them to the mainstream.
www.worldblackbelt.com/