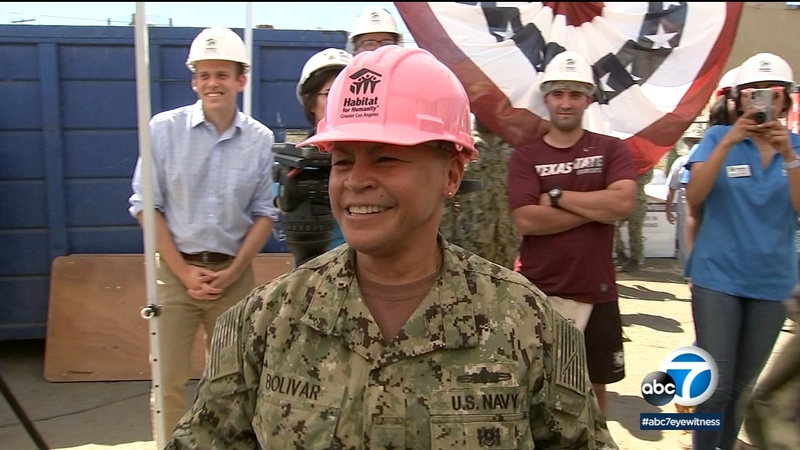 SOUTH LOS ANGELES (KABC) -- Two Los Angeles families will soon move into new homes thanks to Habitat for Humanity and volunteers from the armed forces.

Retired Marine Sgt. Leana Mason was among those volunteering this week on the project. "I love the physical activity and the camaraderie, the community engagement. We're all out here for a good cause. It's pretty neat, it's fun," said Mason.

While touring the properties this week, Marcela Figueroa and Sharice Harper received the shocking announcement - their families had been selected. The houses being built would soon become their new homes.

Both moms cried tears of joy, overwhelmed with emotion following the surprise announcement.

"I'm so ecstatic, I don't even know how to take it right now...I was so surprised," said Harper. "It gives us a chance to save, we'll have a chance to live. It won't be such a hard struggle trying to raise my son."

"I'm so happy," said Marcela Figueroa. She assumed other families would be interviewed before the announcement was made. "I told my sons 'don't get your hopes high, we're just going to go and see (the houses)'."

The project was equally rewarding for the servicemen and women who chose to volunteer their time helping to improve the lives of struggling families.