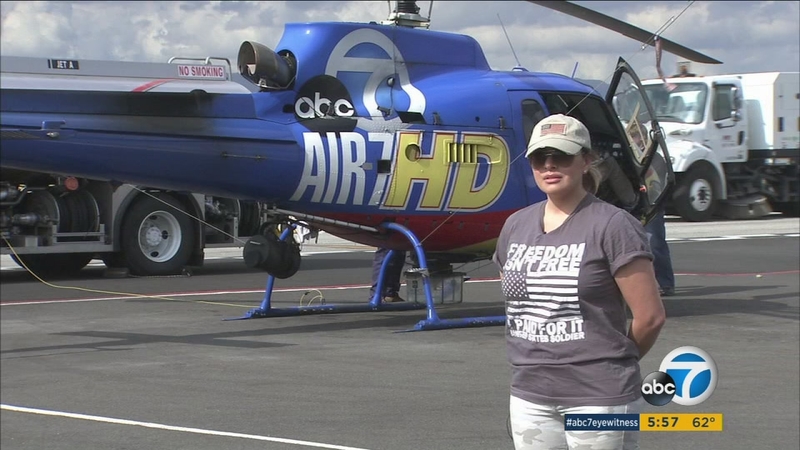 VAN NUYS, Calif. (KABC) -- A former Army helicopter pilot says her career in the military was sparked, in part, by one of our AIR7 HD pilots.

Martha Adame says she was 19 years old and working at the Van Nuys Airport when she got the chance to fly with AIR7 HD pilot Scott Reiff.

"It put the thought of it in my head that, 'Hey, I can do something like that.' Somebody is doing it, and I'm here flying with them doing it," Adame said.

Her ambition led to a 13-year military career. She flew in Iraq and Kuwait. Adame shuttled high ranking military officials over hostile territory and protected troops on the ground - an experience she describes as intense.

"Keeping our cool is something that the military really instills in us, trains for us from day one. We're learning maneuvers and practicing emergencies, you know, you're flying in a war zone. We have safety briefings before we fly," Adame explained.

"Oh it's awesome. It's an honor, really. It's amazing because I think I would have liked to have done what she did, but even being a small part of that it's great," Reiff said.

Adame took some time off after being discharged from the Army last fall. But she isn't given up on flying.

"The love and the passion, still make it fun, explore," she said.

She has some advice to those who want to follow in her footsteps.

"A lot of people won't understand what you're doing, but have the courage to follow your heart and you'll be rewarded for that in the end," she said.