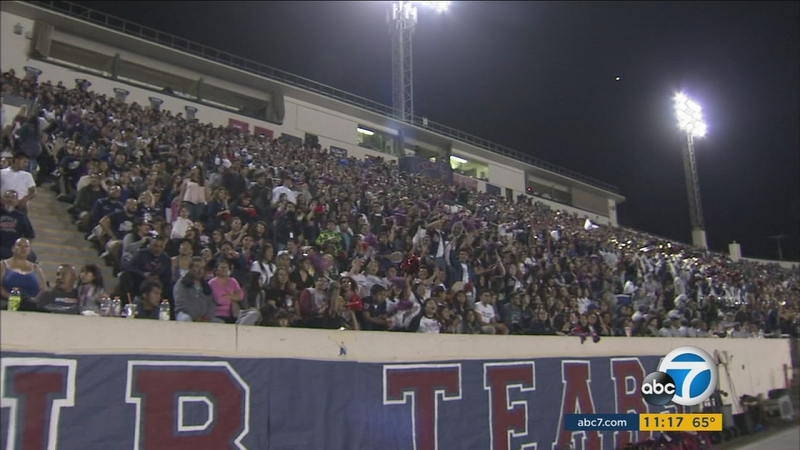 MONTEREY PARK, Calif. (KABC) -- The Garfield Bulldogs went against their arch rival the Roosevelt Rough Riders for their 82nd match up. It's one of the longest standing rivalries in high school football in the west.

The game, known as the East L.A. Classic, is also homecoming and it draws thousands of alumni.

"This is very, very special for me because it's so much fun, and you forget how much fun you had as a young person," he said.
For the players, the students and the alumni, one thing remains unchanged through the years - school pride.

The event was so big that even U.S. Senate candidate Congresswoman Loretta Sanchez was in attendance.

When Frank Gonzalez played for the Rough Riders, he said the fun was earning bragging rights against Garfield players he grew up with. But on this night, it was the bulldogs in the end zone early on and often.