Immigrant US Army veteran fighting for citizenship in LA court 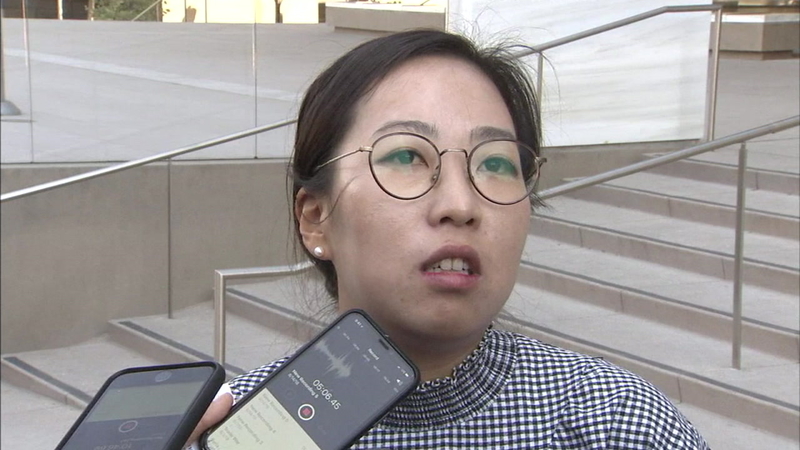 Immigrant US Army veteran fighting for citizenship in LA court

DOWNTOWN LOS ANGELES (KABC) -- An U.S. Army veteran from South Korea who could be deported at any moment appeared in Los Angeles court Tuesday to fight for her U.S. citizenship.

Yea Ji Sea served as an Army specialist for more than four years after enlisting under a special program that allows a pathway to citizenship for immigrant soldiers.

Sea was honorably discharged in July because the U.S. Department of Defense claimed her student visa was not valid when she enlisted, according to her attorney Sameer Ahmed.

Ahmed has asked the government to act on Sea's citizenship application.

"(Sea) applied for citizenship over two years ago and the government has done absolutely nothing," Ahmed said. "On average, they're supposed to adjudicate between six to nine months."

As Sea awaits action, she is subject to deportation.

"I didn't think I would be 30 and have no status, be scared of being deported," Sea said.

Sea was most recently stationed at Fort Sam Houston in Texas. She has also been stationed in her native South Korea as an ambulance aid driver and pharmacy technician for Camp Casey.

The government denied her first citizen application in 2015 because of an incident nearly a decade earlier.

"In 2008, she obtained a student visa," Ahmed said. "In her student visa application, unbeknownst to her, there was a corrupt Border Patrol agent who was creating fake documents."

One of those fake documents ended up in Sea's application and she was given a year to reapply.

A U.S. Attorney told the judge in court Tuesday that the government could not determine how long it needs to process her application.

Ahmed said the delay is in line with recent actions by the Trump administration.

"In October 2017, the Trump administration tried to pass a policy that would delay the citizenship application for all (soldiers like Sea) but the court struck that down."

Sea, who plans on becoming a doctor to help veterans, has remained hopeful.

"I can't speak for all immigrant soldiers, but I know that they're incredibly sincere and they'll do anything to fight for this country," Sea said. "I hope the Army makes this right."