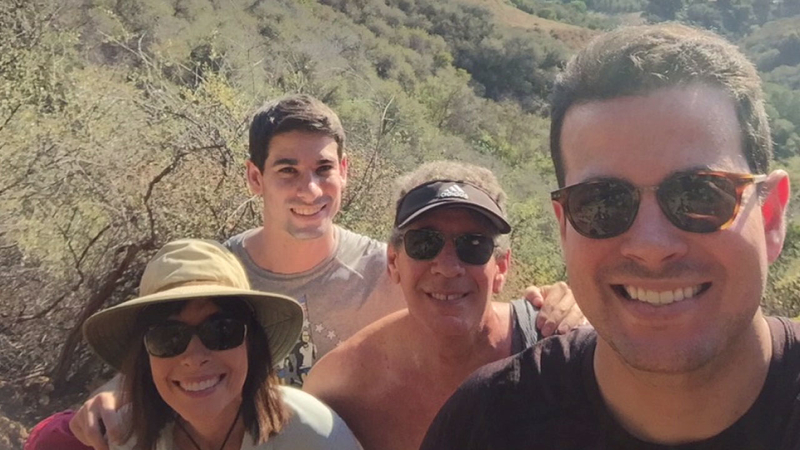 In the Neighborhood: Josh Haskell in Pacific Palisades

PACIFIC PALISADES, LOS ANGELES (KABC) -- Welcome to Pacific Palisades, the hometown of ABC7's Josh Haskell. It may have 25,000 people - but it's definitely got a small town feel.

There's no better way to escape the congestion of the city than to hit one of the many hiking trails above town. The all time Haskell family favorite is the trail that starts at the top of Bienvenda Avenue, part of the Topanga State Park. Josh's dad still hikes it a few times a week.

"The gym is great, workout classes are fun, but why pay to go and workout somewhere when you can just hike for free?" Josh said.

The Haskell's moved to the Palisades when Josh was just 1 year old and haven't left. Josh attended Palisades Elementary 22 years ago, but a few of his teachers are still there.

"Nothing's changed. It's still the great place it always has been," a former teacher said.

Every year, the graduating class at Pali Elementary would paint a mural on campus. Josh's aunt was the art teacher. His mural is long gone, but his brother's remains.

Theatre Palisades Kids was another big part of Josh's life growing up. Director Paula LaBrot led yearly productions of over 50 kids and was helped out by parents, including Josh's mom, who was a producer. Members made the sets and costumes themselves and sold out every show.

"You had four parts. You were always a very hard worker, and everybody put their heart into it," said LaBrot.

And what's a town without a thriving paper? The Palisadian-Post sparked Josh's interest in journalism, and it's been the heart of the community since 1928. Bill Bruns was the managing editor from 1993 to 2013.

"People said, 'Well, what kind of news would there be in this little town?' But we had major issues with the city. We fought to save the building behind us from being torn down and turned into a mini-mall," said Bruns.

Like every city, things have changed. For example a new shopping center called Palisades Village is set to open next month. The heart of the community, however, has stayed the same -- like the July 4 celebration with a morning race, parade and, of course, fireworks.