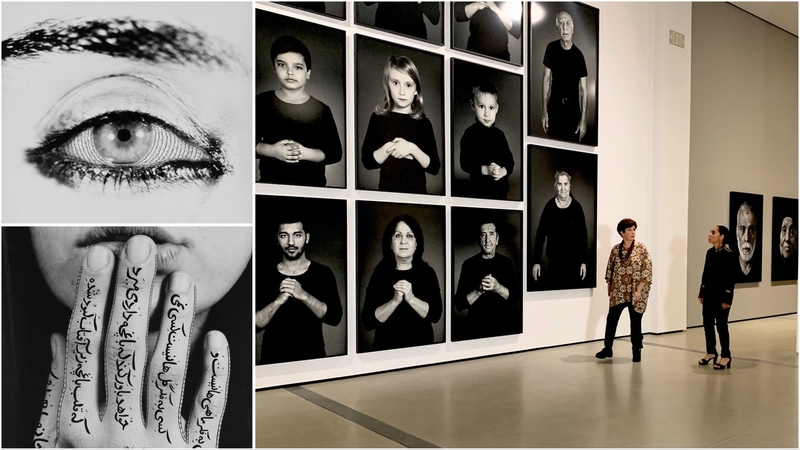 LOS ANGELES (KABC) -- The films and photographs of internationally celebrated artist Shirin Neshat are opening on exhibit at The Broad.

It is the largest exhibition of her nearly 30-year career. The Iranian-American artist has lived in exile from her native land and that life has influenced her work.

Neshat is petite, but the messages from her images are big. "Every single work, photographic or video is about parallel oppression and pain yet resistance, defiance, and strength," she said.

The photos are created to tell a universal story from a Middle Eastern perspective. One gallery in the exhibit has images created after the Arab Spring. Asked if she knew her subjects, Neshat explained, "I shot these photographs in Egypt and I talked to them. I became, like a reporter and interviewed them."

Shirin Neshat was a teen when she came to the United States from Iran to study, but the Islamic Revolution and the Iran-Iraq war left her in exile for 11 years.

The Broad exhibit's curator says the artist's life experiences will resonate in Los Angeles where this exhibit is first being shown.

"Shirin's central story is one of immigration and exile," said Ed Schad. "Her story rhymes with so many people that live in this city who have been displaced."

We enter the final gallery, where there are new portraits, never before seen. Neshat traveled throughout New Mexico to create a collection of American images.

"I wanted this to be a portrait of America from an Iranian perspective," Nashat said.

The exhibition is titled "Shirin Neshat--I will greet the Sun Again." The title is taken from an Iranian poem. There are about 250 works altogether. More than half have never been seen in this country.

The images will become part of a conversation about the political events that inspired the exhibit. Shirin Neshat's work is curated to take us through borders, both psychological and physical.