The parade is America's largest and oldest King Day celebration, and this year's theme is "Our Work Is Not Yet Done."

The parade started at Martin Luther King Jr. Boulevard and Western Avenue, and then traveled west to Crenshaw Boulevard. The parade ended at Vernon Avenue in Leimert Park with the Freedom Fair, which includes food, entertainment and fun.

Groups marching in the parade included the AIDS Healthcare Foundation, seeking to promote the messages that AIDS is a civil rights issue and access to care and treatment for people with HIV and AIDS should be a universal human
right, and the L.A. Tenants Union, promoting the message of "Housing Justice For All!"

The Community Coalition community organization had a float with two black and brown fists, with broken chains and shackles, representing South Los Angeles' black and Latino residents affected by slavery and mass incarceration.

Mayor Eric Garcetti, other members of the City Council and Los Angeles Police Department Chief Charlie Beck were among those taking part in the parade.

"It's amazing. This is such a great L.A. tradition, not only to remind us of the work that happened to get us to this point but to remind us of what's left to do," Garcetti said. "I'm proud of L.A. Last year we passed a minimum wage increase, which is exactly what Dr. King talked about. This year we've got to get people off the streets, our homeless. So our work never ends. But we can celebrate the victories and that's what today's about -- to rest, to celebrate and commemorate a great man." 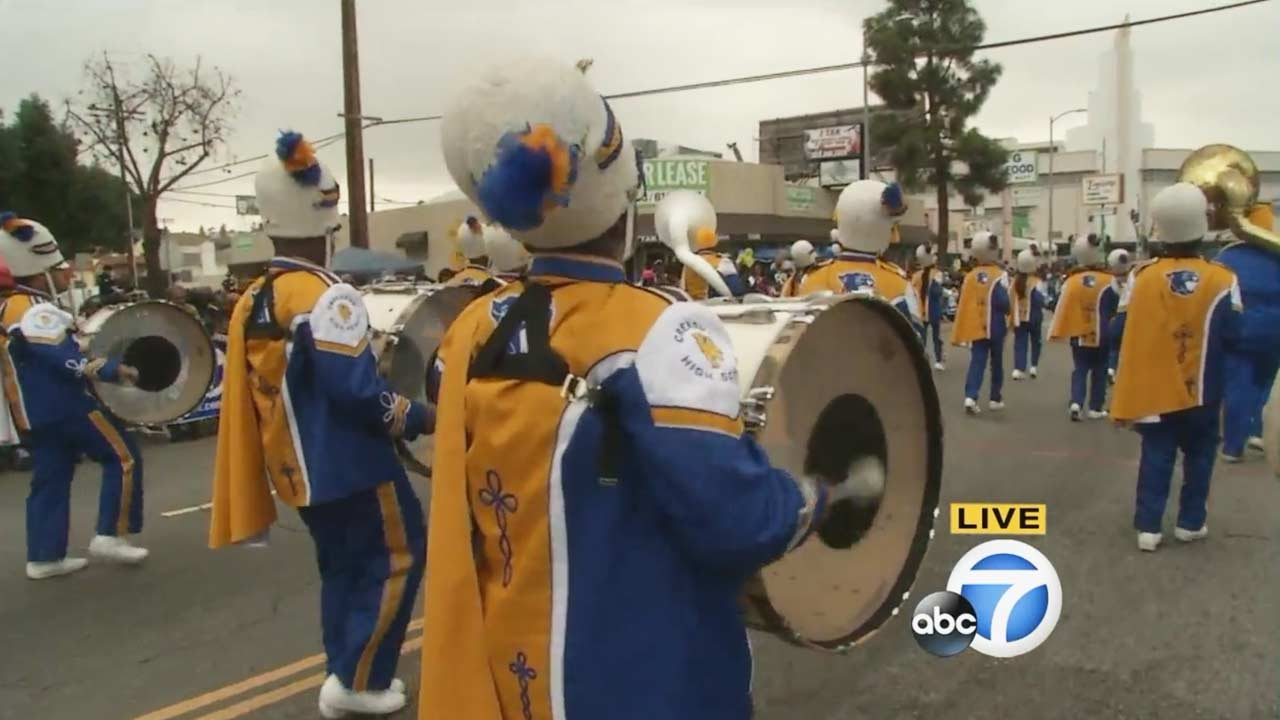