KABC
By Jovana Lara
PASADENA, Calif. (KABC) -- The rising number of homeless people is a huge issue that impacts us all here in Southern California.

But while there's no one-size-fits all answer, there are many community organizations and non-profits with programs aimed at getting help to those able and willing to receive it.

One such organization is Union Station Homeless Services, and one of their programs, called Community Allies, pairs people up to give them the hand up they need.

Chris Lewis has faced a lot of challenges and dark moments along the way.

"For a slight moment I thought about just walking into the ocean and just ending it," Lewis said.

It's been a long road for the 59-year-old who said he lost his job and his girlfriend at the same time.

The L.A. resident found himself living on the streets of Santa Monica after having what he says was a nervous breakdown in 2008.

"The thing was, I always had problems but like I said I was a 'pull yourself by the boot straps,' so when I was not feeling well, I thought that was normal. You had to tough it out and so I never got help," Lewis said.

He struggled on the streets for 8 months.

Having worked two jobs for years before his mental breakdown, Lewis said that living on the streets was the toughest job of all.

"Then I got diagnosed with bi-polar," he said. "And so I was living with bi-polar all the time and didn't know it."

It was about the same time that Lewis was referred to Union Station Homeless Services in Pasadena.

The non-profit, created in 1973, provides transitional and permanent housing for hundreds of people every day.

Chris has been living at Union Station's single occupancy resident building near Pasadena City Hall since 2011, getting the medicine he needs, and thriving.

"It's just a wonderful, wonderful place," he said.

Lewis also credits his success to his friendship with Fred Hadra.

Hadra volunteers as a "Community Ally," which is one of the service programs offered by Union Station.

"It's finding someone that you can live life with and be friends with," said Hadra.

"When you got someone in your corner, that's a great feeling to have", Lewis added.

And now, Lewis is giving back. He's joined the Corporation for Supportive Housing - Speak Up Advocacy program.

His goal is to complete the 8-month training classes and speak in Washington, D.C. as an advocate for the homeless. He wants to use his experience to debunk stereotypes and myths.

"It's not the perceptions you might think: that the guy is a loser, that he's lazy," Lewis said. "It's not that. It's catastrophe that has occurred and it can occur to anybody, you know? That's the one thing I would like to get across."
Report a correction or typo
Related topics:
societypasadenalos angeles countyhomeless in southern californiahomeless
Copyright © 2020 KABC-TV. All Rights Reserved.
HOMELESS IN SOUTHERN CALIFORNIA 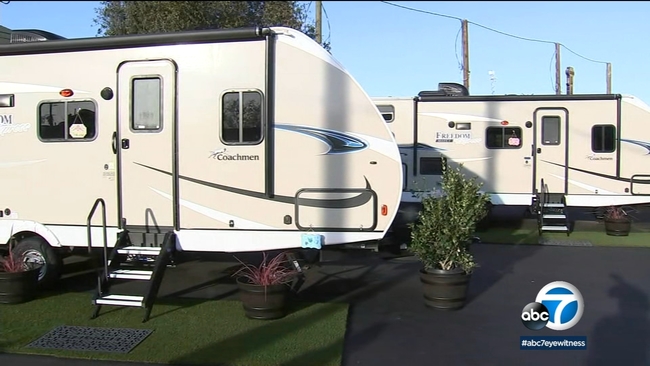 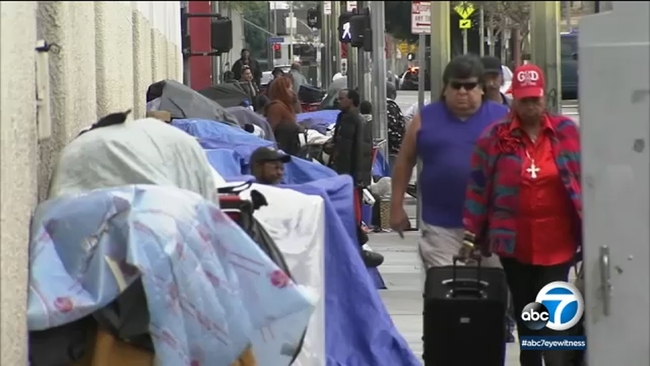