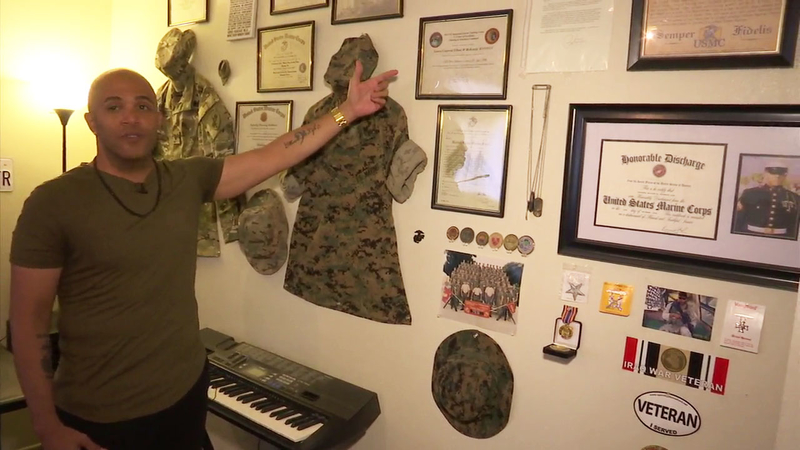 A local former U.S. Marine turned to music to help him - and others - cope with the debilitating effects of post-traumatic stress disorder.

Elliott McKenzie served in the United States Marines for five years, which included a tour of duty in Iraq. Like many combat veterans, he started experiencing anger issues and anxiety when he came home. He was then diagnosed with PTSD.

"Every single day we would go on foot patrols, and we got shot at a lot. Your head is always on a swivel, completely, because you're always worried about, 'OK, somebody could come and shoot at us from that building, from that building. An RPG can come in from anywhere,' so it's hard to turn that off when you get back home," said McKenzie.

McKenzie has been singing since he was a kid. Now 33, music has served as a form of therapy for his PTSD.

McKenzie's dream is to be a rhythm and blues singer. He plans to release his first R&B album next year.

When the Iraq war veteran isn't making music at his home studio in Pomona, he's a student studying behavioral science at Cal State Dominguez Hills. In case music doesn't work out, McKenzie said he'll use his degree to hopefully get a job at the United States Department of Veterans Affairs, working with fellow veterans.