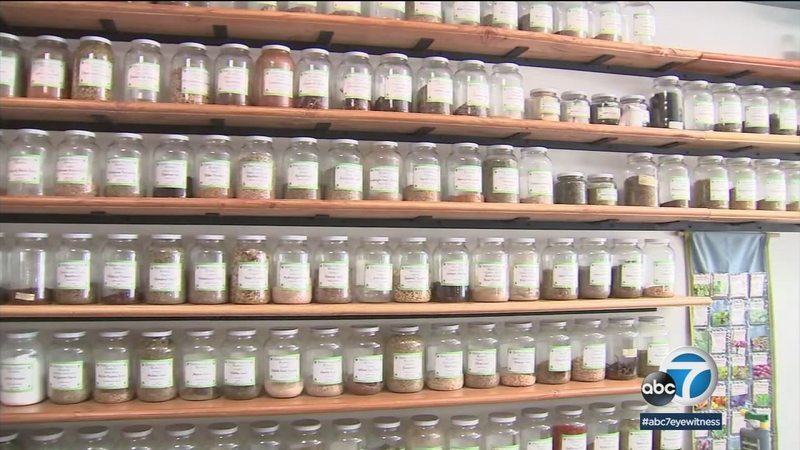 STUDIO CITY, LOS ANGELES (KABC) -- Two weeks after becoming legal in California, sales of recreational marijuana are about to start in Los Angeles.

WHTC in Studio City already sells medical marijuana. It has received the first recreational license to sell from the city; however, it is still waiting for final approval from the state.

Monday morning, WHTC rolled out new signs on the front of its Studio City store. Owners hope to open for recreational marijuana sales in the near future.

"We are waiting state approval so we can be an adult-use, fully recreational store. As of right now, we are strictly medicinal, so just waiting on the state. We've already got the city's approval," said Allen of WHTC.

For now, the city is only accepting applications from existing medical marijuana dispensaries. One of those is Mother Nature's Remedy in Woodland Hills. It received a temporary approval permit from the city.

"We have filed only for medicinal. I'm going to wait and see how things play out in the city and then apply for recreational," said David Slocum of Mother Nature's Remedy.

Slocum said his focus is on medicinal uses. He has a separate facility which has herbs, natural juices and teas. He believes cannabis is simply another choice.

"These things are helping people all over the world not just here in America, so I think it's time that we start allowing a lot more testing and we start really getting into the science of cannabis," Slocum added.

The new reality of marijuana is dealing with legal issues and government regulations. Marijuana sales are still illegal at the federal level and it is something these businesses have to deal with.