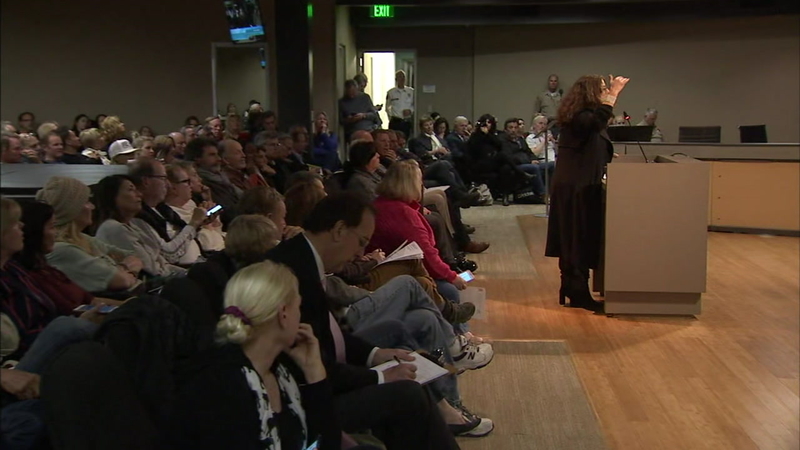 MALIBU, Calif. -- The coming storm added tension in parts of Malibu, where dozens of people affected by the Woolsey Fire may be impacted by potential mudslides.

Those residents voiced their frustrations Tuesday night just hours before rains moved in during a special council meeting.

"There are better ways to communicate with your citizens. I'm signed up for all the alerts. I didn't get them," Karenn Colby said.

Many speakers complained about the lack of communication during the Woolsey Fire response as the blaze scorched nearly 100,000 acres, forced evacuations and destroyed about 1,500 structures.

"All the power was out during the fire and those of us who were having cell trouble - there was just no way to communicate," Nancy Furst said.

Other people were critical of the treatment of those who chose to stay behind. One doctor said she was at first blocked from bringing in supplies to help.

"Even in a war zone, there is a tent for medical supply. The fact that I had to bring - to go on high alert on Facebook - and put supplies," Dr. Sabine Hazan said.

"Whether it's six months from now or nine months from now, I am still the guy who was mayor during the Woolsey Fire and I take responsibility for everything that's happened to the city - whether it was good or bad," he said.

Residents braced for more rain as the last storm left a muddy mess on Cuthbert Road in Malibu Park. Many people are worried more mudslides could be triggered.

"When you've had significant amounts of vegetation loss, you are going to have that problem," Richard Garvey said.

Mullen will only be mayor for another week as a new council is sworn in.