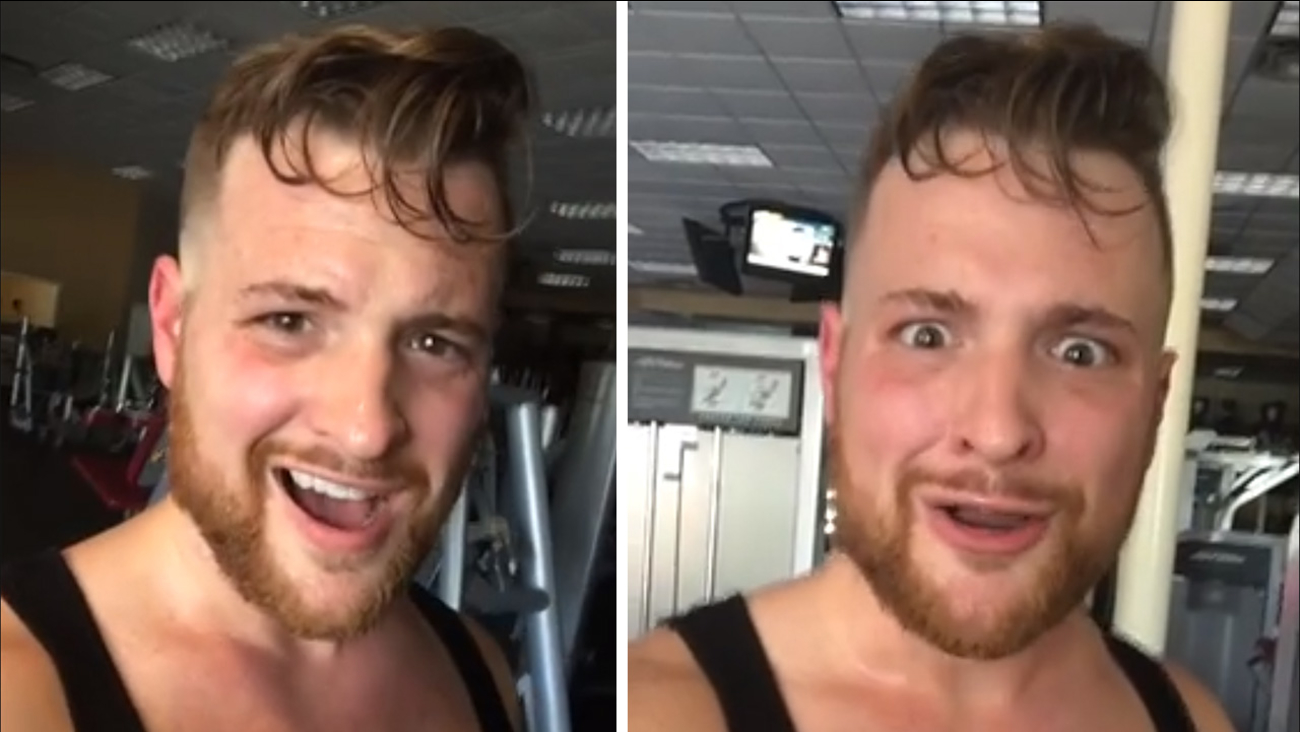 Nick Clayton says he got locked inside an LA Fitness location after the club had closed. (Nick Clayton/YouTube)

A man says he was locked inside an LA Fitness location after it had closed.

Nick Clayton posted a video to Facebook on Saturday of himself standing in an empty LA Fitness location in Palm Harbor, Fla. Clayton said that he had been using the sauna while wearing his headphones, and when he walked out the gym's lights were off with no one to be found.

"[I] didn't realize this crazy place closed at five o'clock. I am literally locked in here, lights are off, no one to be found at the front desk," Clayton said in the video. "No one even checked the bathroom to see if someone was in there, I didn't know it closed this early."

"I have literally no idea what to do, this is ridiculous."

Clayton said on Facebook that he had called his mom and then reached out to another LA Fitness location, who helped him leave the gym.

LA Fitness told ABC affiliate WFTS that they had no comment, but stated that they do close at 5 p.m. on the weekends.

Clayton has laughed off the unfortunate lock-in, but now has some more serious questions.