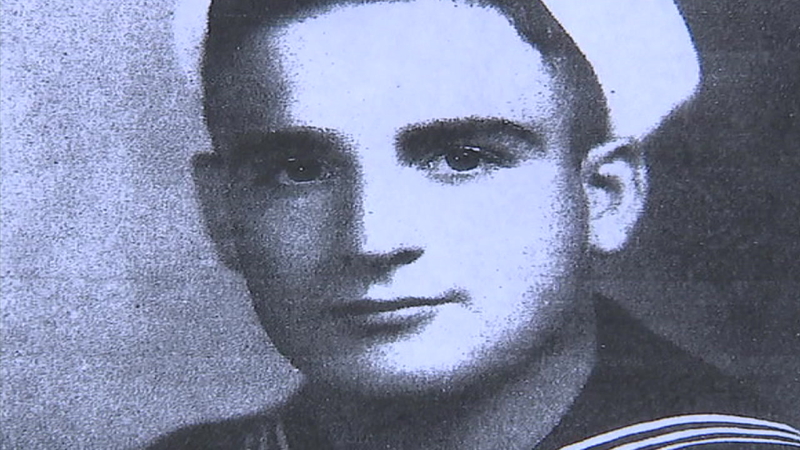 His uncle was onboard the USS Oklahoma during the Japanese attack on Pearl Harbor. The vessel sank within 12 minutes.

"All and all, after the ship was in dry dock, two years later, they found damage from nine torpedo strikes. Unbelievable, nine strikes," he said.

After all these years, Clark saved newspaper clippings, documents and letters his mother wrote.

"She said, 'Please George, send a telegram. We heard the USS Oklahoma was attacked.' But she had no details," Clark said.

He even has the Navy telegram sent two months later to his grandparents, which said that his uncle wasn't found and was presumed lost.

In the attack, 429 people were killed on the Oklahoma alone. For decades, Gibson's remains were never identified.

"I Googled one day, six months ago roughly, and it said within the last year or so they started identifying remains through DNA - POW MIA, which was news to me," Clark said.

Without hesitation, Clark submitted his own DNA with a swab from the inside of his mouth and sent it off to the Navy.

"Two weeks later, I get a phone call from a lady in forensics who said, 'I found your uncle.' I said woah, 77 years later," he said.

His uncle's skeletal remains are now returning to Los Angeles to be buried alongside family in Inglewood.

"My mom, my grandma, my grandpa are all gone. I can just imagine if they were alive right now," he said.

Clark said it's all very emotional. With these advancements in DNA technology, he knows more families will be finding closure.