Meet the women of the LAPD breaking the glass ceiling

KABC
By Veronica Miracle
DOWNTOWN LOS ANGELES (KABC) -- A group of women are excelling to the highest ranks within the Los Angeles Police Department and leading the charge in the fight against crime.

Across the U.S. there are 900,000 sworn law enforcement officers. Women make up just 12 percent.

But in Los Angeles, one out of five officers in the LAPD are women.

Sgt. Jennifer Grasso is the first and still the only woman to be on the LAPD SWAT team.

"Most of my male counterparts always knew from the time they were little boys growing up, when they were young in the department, they declared openly and for everyone to hear that they were going to be a SWAT officer," Grasso said. "And it never crossed my mind because I had never seen a female SWAT officer. So in my subconscious, I didn't think I realized it was possible."

Out of the 80 people who showed up the day she tried out for the team, only seven people made it through the months-long process. 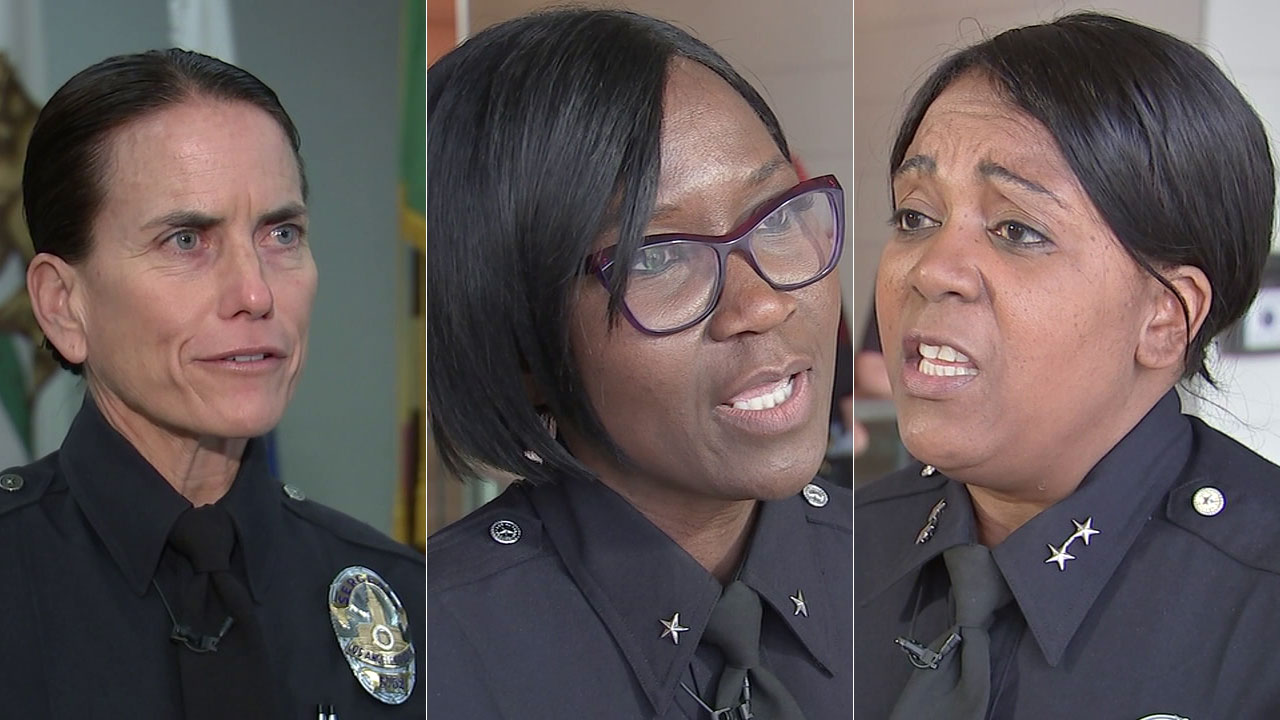 "A lot of people do assume that maybe I had some sort of a different standard. I did not. That's not something that I would ever want, and I don't think any woman in her right mind would want to be treated differently," Grasso said. "We want to be given the same opportunity that the men are given, and we want to prove that we're capable of doing what they're capable of doing."

Now after 23 years in the department, she's one of the newly promoted sergeants patrolling the streets of Los Angeles.

"Obviously, as you promote up the ranks, they make fewer of those positions and there's fewer women in those positions," Lewis said. "So, there's always that in the back of your head, like, 'Will I get selected?'"

Lewis said there's no doubt her promotion increases the trust between the department and the community.

"People are used to seeing men doing these jobs," Lewis said. "So, we always have to keep getting out there and sharing our stories because there are people who don't realize there are women in the upper echelon of this organization."

For Deputy Chief Regina Scott, the first black woman to achieve that title, her recent promotion transcends race and gender.

The 31-year veteran made history in August, but when she joined the force, the opportunity to advance to the level she has was not even a possibility.

"We talk about wanting to change, diversity, inclusiveness, but this is actually doing it," Scott said.

The LAPD as an organization says they're actively working to increase the number of women on their force.

The goal is to raise the threshold from 20 percent to 50 percent of the force in the coming years.

"We're here to stay," Scott said. "And you look at this police department in another 10 years, and it will no longer be women police officers, it will just be 'my officer.'"
Report a correction or typo
Related topics:
societylos angeles countylos angeleslos angeles police departmentlapddiversitypolice
Copyright © 2020 KABC-TV. All Rights Reserved.
More Videos
From CNN Newsource affiliates
TOP STORIES

11 injured in fire aboard ship at Naval Base San Diego