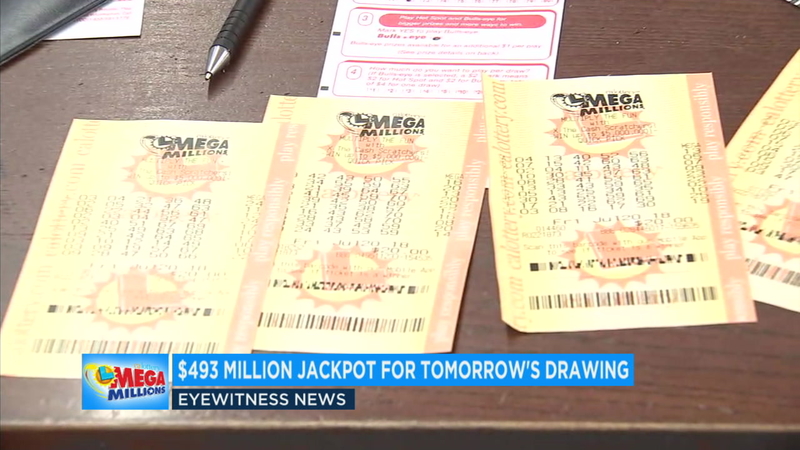 A record Mega Millions drawing will take place Tuesday with a massive jackpot of nearly half a billion dollars ready to be claimed.

If people buy enough tickets, the prize could surge past the half billion mark.

The prize is the largest total since March, when $533 million was awarded to a person in New Jersey.

The grand prize was last won May 4. Since then, the jackpot has rolled over 22 times.