Men-only barbershop defends decision to kick woman out: 'This is people getting offended because they can'

KABC
PONCA CITY, Okla. -- A woman said she tried to go to an Oklahoma barbershop with her husband but was asked to leave because she's female.

The owner of King's Kuts in Ponca City, about 100 miles north of Oklahoma City, said his barbershop has a strict no girlfriends or wives policy.

Yet Maliki Skowronski said this is just chauvinism. She said her husband needed a haircut and beard trim, so they went to King's Kuts. Before he could even sit in the chair, she was getting kicked out.

"The man kind of ignores my husband, directly approaches me and says, 'I'm sorry, but we have a strict no women policy. You can't be here,'" she told KFOR-TV.

Owner Daxton Nichols said he can see how some may misunderstand King Kut's no-women rule but said he thinks it's no different than the way other salons operate.

"In New York City, there's over 17 women's only clubs where women can go and do the salon thing," he said. "They can go get their nails done, hair done, talk business amongst each other, and do that whole women's power hear me roar stuff."

Nichols said those salons, like his, are considered private clubs.

"OK, so you're counting the fee for the hair as a membership fee?" the reporter said.

Scott Seagraves, the barber who asked Skowronski to leave, said his decision was not made because of discrimination but to preserve the shop's "man cave" environment.

"We want guys to be able to come in here and be guys and not have to worry what they say or what they talk about because there's a lady present," Seagraves said.

Nichols maintained that people are getting offended by his shop's rule "because they can," but Skowronski said this is an unfair way to treat people.

"It's not cute, no matter how you describe it," she said. "It's not cute, you can't treat people that way."
Report a correction or typo
Related topics:
societyoklahomau.s. & world
Copyright © 2020 KABC-TV. All Rights Reserved.
U.S. & WORLD 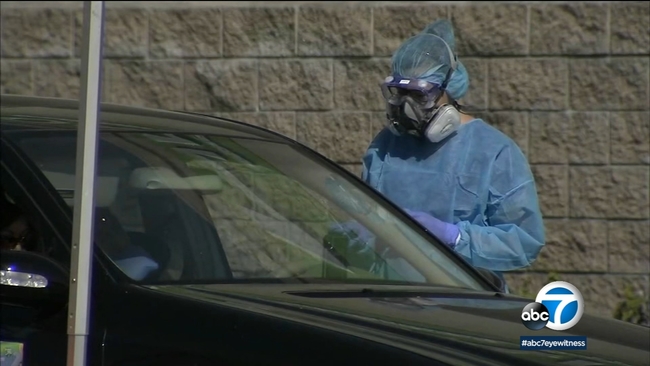 P!nk reveals she had coronavirus, donates $1M to relief efforts