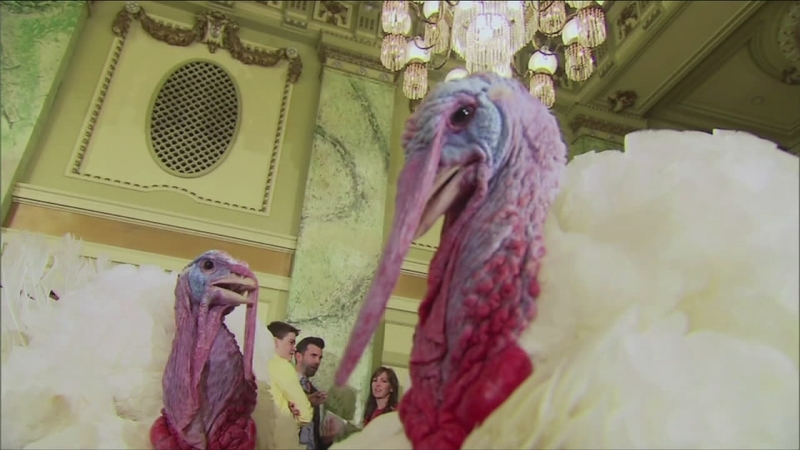 MONTEREY PARK, LOS ANGELES (KABC) -- While about 46 million turkeys are heading to supermarket freezers, two lucky birds have a chance to go the White House to get a presidential pardon.

Every year, a flock of about 25 turkeys are judged until a final two are picked for the event. The White House tradition began 25 years ago although some say it has roots even deeper in the past.

"The tradition of birds visiting the White House began with President Truman except he didn't pardon them, he ate them," said Ira Brill, a Foster Farms spokesperson.

Kids at Brightwood Elementary in Monterey Park got to meet the turkeys and know that once the president gives the word, the two lucky birds are sent off to a fancy turkey farm.

Before the birds are pardoned, the turkeys are required to have names. For the moment, they adopted the names Tom One and Tom Two, but students at Brightwood had a variety of other suggestions.

Joe Hedden of Foster Farms explained why two turkeys are needed, as opposed to one.

"One's just a backup just in case one's not behaving," he said. "You have to be well mannered and well-groomed and maybe one's going to have a bad day."

President Obama's turkey pardon is slated for the day before Thanksgiving.