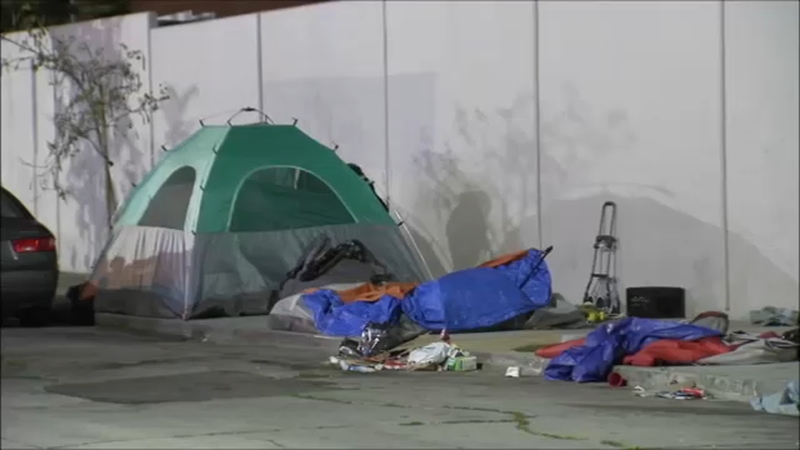 SAN FRANCISCO -- A new California data warehouse system unveiled Wednesday should help policymakers better understand and address the issue of homelessness in a state that has the most unhoused people in the country, officials said.

This is the first time the information has been collected at a state level, according to the state's homeless coordinating and financing council. The announcement comes two months after a state audit that criticized California for an approach so fragmented and incomplete as to possibly hinder efforts to get people into stable housing.

More than 160,000 people experiencing homelessness live in California, according to a 2020 point in time count. That includes about half the country's estimated 211,000 residents living unsheltered on the streets or in vehicles. Affordable housing is so scarce that even when a person exits homelessness, several more people lose housing and authorities say they can't keep up.

A Los Angeles city councilman has proposed establishing temporary housing for the homeless at beach sites including Dockweiler, Fisherman's Village and Will Rogers beaches.

"This is sort of a first of a kind for us to be able to have that information," said Lourdes M. Castro Ramírez, secretary for business, consumer services and housing. She said the information will allow them to target best practices, discover which interventions are most effective and where public money should go.

The Homeless Data Integration System, which went live Wednesday afternoon, is rudimentary but it is expected to grow, providing the ability for deeper analysis, officials said. The accounting, tax and wealth management firm Plante Moran developed the system for $1.2 million, officials said.

The data, which includes four years' worth of information, shows that nearly 250,000 people sought services last year; of that, 117,000 people are still awaiting help while nearly 92,000 people found housing.
It also shows that the number of people being served more than doubled, from 14,000 in 2017 to 32,000 in 2020. The database will include demographic information.

Gov. Gavin Newsom, a Democrat, has made homelessness a priority, dedicating his 2020 state of the state address to the subject. He pushed to house homeless people in motel rooms during the pandemic, and his administration is assisting local efforts to refurbish motels and other buildings for housing.

"You can't fix what you can't measure and having a statewide data system will help us determine what's working and what isn't," he said in a prepared statement.

The February audit criticized the state for failing to track spending, saying it had identified at least nine state agencies spending $13 billion through 41 programs to address homelessness in the past three years. But without tracking, the auditor said it's difficult to identify duplications or even to find out what works or doesn't work.

The state is still working to track spending.