Powerball jackpot rises to $650M after no one wins Saturday drawing LOS ANGELES (KABC) -- Lotto fever was alive in well in Los Angeles and all over the country as people took a chance at winning the more than half a billion Powerball jackpot Saturday.

No one won Saturday's drawing, which means the jackpot is estimated at $650 million. Another drawing will be held on Aug. 23.

Many people stopped by a Jacob's Unocal at 3rd Street and Robertson Boulevard earlier in the day in the hopes that some of the store's luck would rub off on them. One customer won more than $600,000 during Wednesday's Powerball drawing for matching five out of six of the numbers.

About 75 percent of winning tickets are selected when the numbers are chosen by the computer, according to the agency.

The $540 million jackpot was the eight largest jackpot in U.S. history, and the winner would have walked away with a cash payout of $338.8 million. 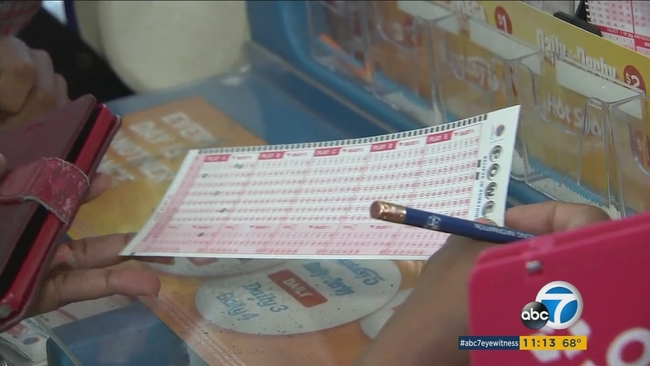