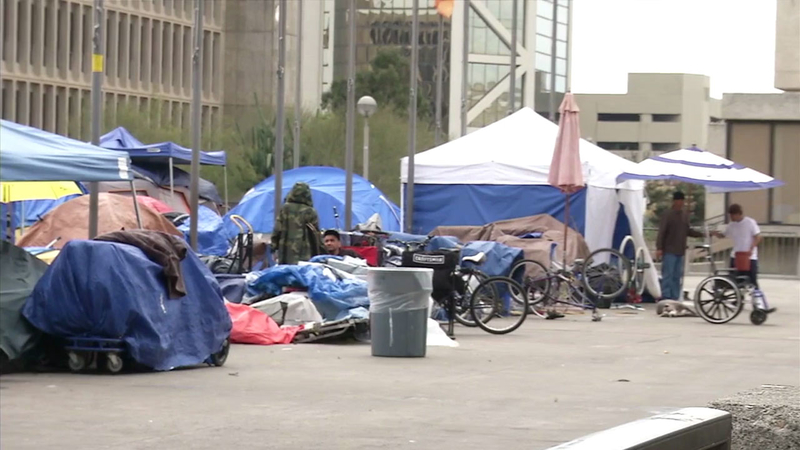 SANTA ANA, Calif. (KABC) -- The Orange County Board of Supervisors held an emergency discussion Monday as Santa Ana prepares to sue the county over the homeless issue.

A handful of people told supervisors Andrew Do and Shawn Nelson that the county has to change the way it talks about the homeless community.

The supervisors agreed and have been frustrated by the negative response from cities such as Irvine and Costa Mesa about putting homeless shelters there.

"I just need cities to come up with alternatives for us to choose from. If it helps us to accomplish our purpose - I'm for it," Do said.

Only two of the five supervisors showed up to discuss a plan to place the more than 500 people displaced from the Santa Ana River Trail. There is a need for more temporary housing.

Attorney for the homeless, Brooke Weitzman, said it's the county's own fault they're not getting help from other cities.

"The county continues to fail to do the public education necessary to let these cities understand exactly what we're looking at. What would the shelter look like? What resources would it have? Who would be there?" she said.

This comes as the clearing of the encampment at the Santa Ana Civic Center begins. Officials said assessing people's needs could take about a week before anyone is forced out.

"I wouldn't even wish this on my worst enemy. It has its ups and downs, but when it goes bad, it goes bad," he said.

Homeless advocates said the county has the resources, but it just needs the communities to step up.

"Where are these people going to go? I think the county and I will be here every day until the county can offer an alternative," Weitzman said.