KABC
By Phillip Palmer
TUSTIN, Calif. (KABC) -- An organization in Orange County is giving homeless people a leg-up by giving them a place to live and offering ways they can help themselves.

For Tony Oliveri, a series of bad choices left him homeless for eight months.

"I couldn't see a day ahead of me," he said. "All I could see was destruction and failure."

Needing hope, he came to Village of Hope located on the grounds of the old Marine Corps Air Station Tustin.

About 1,300 acres of the former Air Station is still being developed, much of it residential housing, but one of the first groups to move in 12 years ago was the Orange County Rescue Mission and Village of Hope.

The residents live in what used to be Marine Corps barracks, but the Village of Hope also has a bit of a Marine Corps feel in that it's very disciplined and it's very structured.

The mission was to create the most comprehensive facility in the country for homeless men, women and children. The campus is beautiful and residents are actually referred to as students.

Roughly 260 people, considered homeless, voluntarily live there for up to two years. They agree to surrender their cell phone initially. They can't leave campus without permission, must go to class, have an on-site job, can't smoke and there's zero tolerance for violence, drugs or alcohol.

"We used to have the three strikes. What I noticed is everyone took the first two strikes pretty darn quick. And then they only paid attention to the third," Palmer said.

"We need a dramatic change in our lives for something different to happen," Oliveri said. "Nothing changes if nothing changes."

But Village of Hope is not simply about rules, it's about building relationships.

"Those that have to rely on government funds are always at the whims of Congress and others deciding what the next best program is, and now you to change everything you're doing," Palmer said. "If we fail, we're privately funded, so if we don't do a good job, nobody's going to donate money to us."

Village of Hope offers families a chance to be reunited while trying to instill beauty and dignity back into a student's life. Thousands have graduated with almost 85% self-sufficient without government assistance.

"We're relentless about creating opportunity for someone to transform their life," Palmer said.

As for Oliveri, he's now a sophomore at Concordia University Irvine with plans to be a drug and alcohol counselor.

"I am completely functional where I've never been functional before," Oliveri said.

Village of Hope is not about finding a homeless person a home, it's about helping them find themselves.
Report a correction or typo
Related topics:
societytustinorange countyhomeless in southern californiahomeless
Copyright © 2020 KABC-TV. All Rights Reserved.
HOMELESS IN SOUTHERN CALIFORNIA 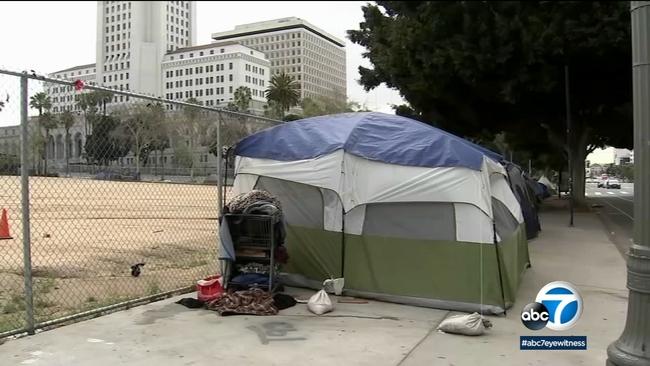 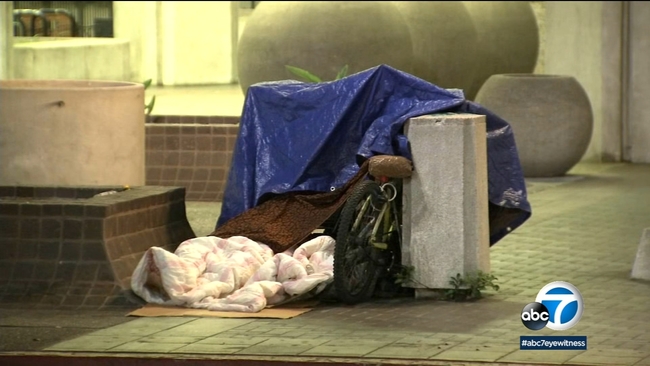