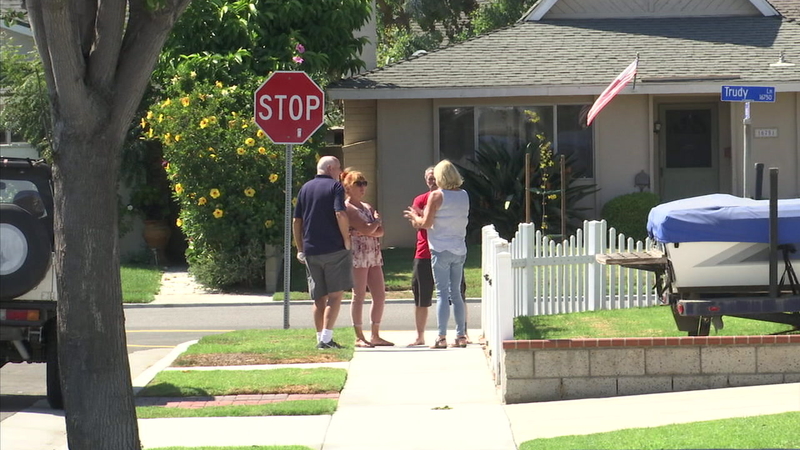 HUNTINGTON BEACH, Calif. (KABC) -- Leslie and Linda Tait have lived in their Huntington Beach neighborhood for 17 years. They used to think of their block as a quiet street, but say all that changed in August when the house across the street became a sober living home.

Now they are concerned about the safety of their neighborhood.

"Active drug dealings, having people break in to backyards," Leslie Tait said. "We have a house down the street, a friend of ours, they pounded on the back door trying to get in. They've made the neighborhood unsafe."

Orange County officials said it is a growing problem in many of their cities. They have no say on where sober living homes can operate.

Insurance companies run the homes under the Americans with Disabilities Act, but with little supervision, and although the occupants are supposed to be sober, Tait said they're not.

"It should be a house where they're transitioning into, but that's not the case," Tait said. "There's no oversight. The most oversight we've seen were the parole officers that came to check on some of the people that live there."

Congressman Dana Rohrabacher has introduced a bill that would amend the Fair Housing Act and the Affordable Care Act, which designates recovering addicts and alcoholics as disabled.

"Sober living homes have proliferated to the point that in my hometown of Costa Mesa, it has been labeled, 'Rebab Riviera,'" Rohrabacher said.

"After they relapse from their treatment, they have nowhere else to go and they end up homeless on our streets," Rohrabacher said. "This system is designed to exploit people who desperately need help, and it's unfair to require residential neighborhoods to bear the burden of shoddy unregulated recovery."

The zoning of sober living homes has become a big issue in the race for the 48th Congressional District between Rohrabacher and Democratic challenger Harley Rouda.

It's a rare topic they mostly agree on, although Rouda believes addiction should still be considered a disability.

"Through the Americans with Disabilities Act, we don't have the ability to provide proper oversight and that's what needs to be changed," Rouda said.