AP
By Gillian Flaccus
The chairman of Arizona's Asian Chamber of Commerce didn't see much downside to attending a small dinner at a local restaurant to bolster the business and bring together other leaders to discuss how to help Asian-American eateries devastated by the coronavirus.

That was, at least, until he posted about it on Instagram. The feedback was swift from people who were appalled that Ryan Winkle would promote a gathering - even a small one - as COVID-19 raged and entire cities were urged to self-isolate.

"I started getting some messages saying, 'Hey, why are you trying to spread the virus?' I was like, 'It's a small event, and everyone had washed their hands, and they had sanitizer on the tables,'" Winkle said of the dinner held Saturday in Mesa, Arizona. "My thinking is always about the economics. Imagine when all these businesses shut down. That's a whole different problem."

"Quarantine shaming" - calling out those not abiding by social distancing rules - is part of a new and startling reality for Americans who must navigate a world of rapidly evolving social norms in the age of COVID-19. As schools close and shelter-in-place orders sweep across the U.S., the divide between those who are stringently practicing self-isolation and those who are still trying to go about some semblance of a normal life has never been more clear. Complicating matters: What was socially acceptable even 48 hours ago may now be taboo, as government officials race to contain the virus with ever-expanding circles of social isolation.

"The time matrix seems to be shifting. I've never known several days to go by so slowly and watching the collective conscience move more and more in one direction day by day," said Paula Flakser, who lost her bartending job when California's Mammoth Mountain ski resort closed this week.

For those who must go to work, the divide is widening too.

Steve Diehl, who is considered an essential employee at his job at a warehouse near Chicago, wears a mask to work because a family member has a compromised immune system. He's terrified of catching the new coronavirus or transmitting it to his loved one at home.

Diehl posted a sign at the warehouse entrance asking people to put on masks that were provided "to protect immuno-compromised family," but several co-workers didn't wear them, he said. One of them coughed into his hand while standing by Diehl's desk - and then began to touch things on his desk with the same hand.

"That angered me greatly," said Diehl, who posted a photo of himself in a mask on Twitter. "And when I made a comment about it, they shrugged it off."

Others who are trying to juggle working from home while caring for kids who are also home are making smaller and more mundane choices that nevertheless bring shocked responses - or even rebukes - from co-workers, friends and even family. Is it OK to run out for a coffee? Can you allow your children to go to the playground? What about sending kids to day care centers, which remain the only lifeline in many states that have closed schools?

Flakser, the woman who lost her bartending job, said she was upset by the hundreds of people who flocked to her tiny hometown of Bishop, California, from Los Angeles and other large cities to vacation the minute schools shut down. The 42-year-old climber posted angry messages about the crowds on Facebook and was quoted in an online climbing magazine, Thundercling.

So many people descended on a climbing spot called Happy Boulders over the weekend that lines of people were walking into the narrow canyon. The routes to reach the top mean dozens of people were grabbing the same handholds in the rock again and again, potentially spreading germs, she said.

"When people from urban areas are escaping, they're escaping to vulnerable areas that have incredibly limited medical resources - and it felt pretty entitled and selfish," she said in a phone interview. "It feels like a lot of first-world privilege knocking at our door."

By Wednesday, the crowds had abated - possibly because of the article and social media posts - but "this weekend will be the true barometer," Flakser said.

Her concerns echo those who slammed St. Patrick's Day revelers who flooded bars in Chicago and New Orleans and those who called out college students who've been thronging to beaches for spring break. An Instagram video of hundreds of partiers packed onto a "booze cruise" in the Bahamas drew comments calling for a boycott of the company that organized it.

Some of the strong online reaction to these crowd-size violations likely stem from the fact that authorities would be hard-pressed to enforce the new rules and are relying on a social compact to keep everyone safe. In Oregon, for example, restaurants that continue to offer dine-in service would face only a low-level misdemeanor - and social shaming is much more effective.

Jeff Carreras, owner of Tracey's Original Irish Channel Bar in New Orleans, said he's faced similar scathing criticism over the crowds that gathered outside his bar Saturday. People on Facebook accused him of raking in money while disregarding growing warnings about the dangers of crowds during the outbreak of COVID-19.

One poster, Claire Hassig, said on the bar's page that her 70-year-old mother had to walk by to get to her car and was mobbed by "drunken idiots with zero respect for social distancing or her safety."

Carreras said he kept the crowd inside below its 250 capacity and didn't set up the usual outside bar - but crowds formed anyway. It was the bar's idea to have police break them up when his staff couldn't do it, he said.

"There's no way I would entice, encourage the public to come out and spread a virus that's as bad as it is," he said. "We did everything we were asked to do."

Those appalled by the behavior of some of their fellow Americans have welcomed a crackdown this week from many state and local governments that are adding daily to lists of closures and bans.

Bars in a popular part of Portland, Oregon were busy on Friday and Saturday nights but are now dark after Gov. Kate Brown banned all dine-in service at food establishments and bars statewide.

Alec Bhurke, who wrote an angry post on Facebook about the weekend crowds, said most people likely just need that kind of guidance from authorities to recognize the seriousness of the crisis.

"People don't understand ... the implications of what even a single day does to the body count (from the virus) at this stage," he said Wednesday. "But people should know better - and they should do better."

Winkle, for his part, has re-examined his approach to social distancing since the weekend event. It helps that Mesa instituted a ban on dine-in serve at restaurants and bars on Tuesday.

"I get it, and I get where they're coming from," he said. "I definitely took it to heart and thought maybe it's time to start slowing things down."
Report a correction or typo
Related topics:
societyhealthoutbreakcoronavirusu.s. & worldvirus
Copyright © 2020 by The Associated Press. All Rights Reserved.
CORONAVIRUS 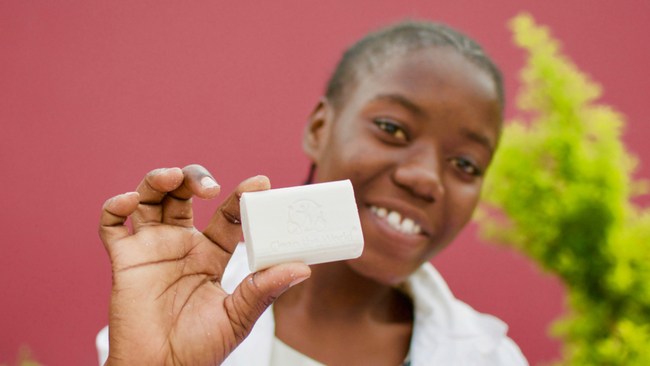 This company has donated 10m bars of soap 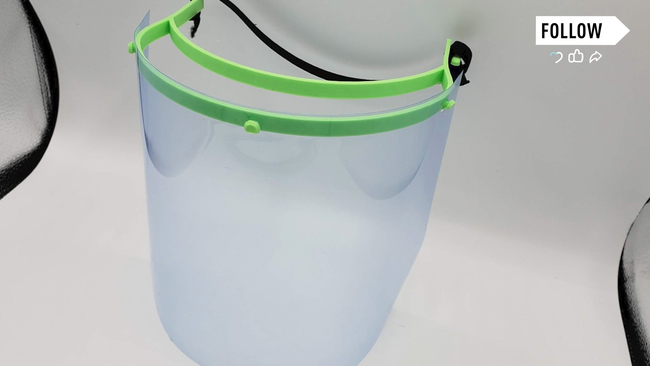 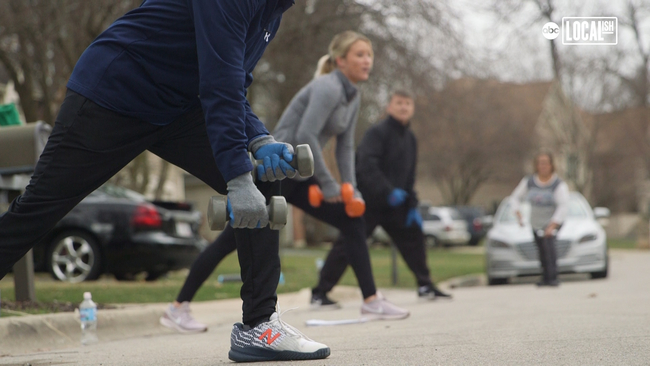