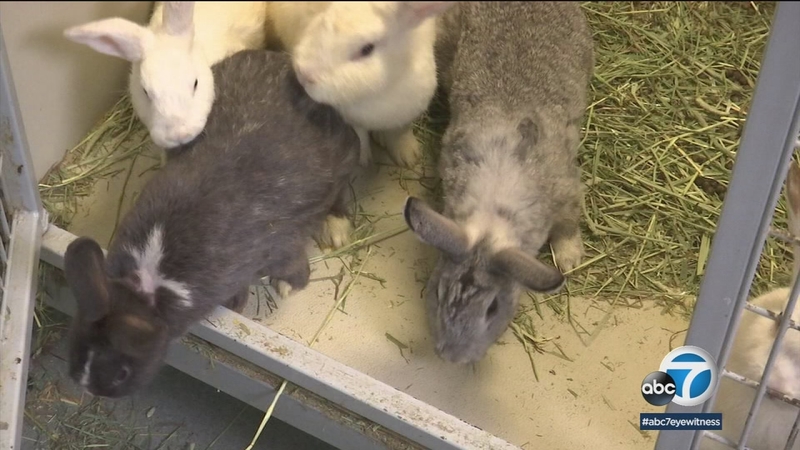 WESTMINSTER, Calif. (KABC) -- It's not unusual for WAGS Pet Adoption center in Westminster to house rabbits, but more than 200 currently call the animal shelter home.

They've taken over the cages meant for primarily dogs and the facility is trying to figure out what to do.

Orange County animal services previously seized almost all of the rabbits from Richard Searles, who has a history of hoarding the small mammals.

He has had more than 225 rabbits taken from him since October 2016, not including the most recent haul collected from Searles' RV and brought to WAGS.

"There is something wrong with this gentleman that makes him feel that this is ok to do," WAGS Director of Operations Corney Dorney said.

Searles couldn't be reached for comment, but WAGS reported that many of the rabbits are in poor condition and two of the newborns have already died.

"With 160 rabbits all over the place and feces and the smell and stuff, it was not great living conditions," Westminster Police Department's Darin Upstill said. "Our animal control officers actually had to don masks because of the odor."

Last year, a judge ruled that Searles could no longer own rabbits.

"At this point, they did not cite him," Upstill said. "They're working with the Orange County District Attorney's Office regarding filing charges against him, basically looking into animal cruelty."