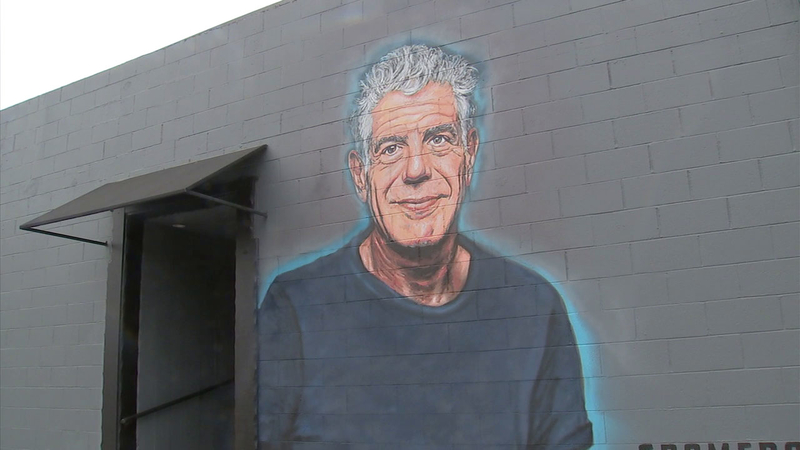 The larger-than-life mural was painted on the wall of the Gramercy bar on Wilshire Boulevard. It was done by street muralist Jonas Never.

Bourdain died by suicide while filming his popular series "Parts Unknown" in France on June 8.