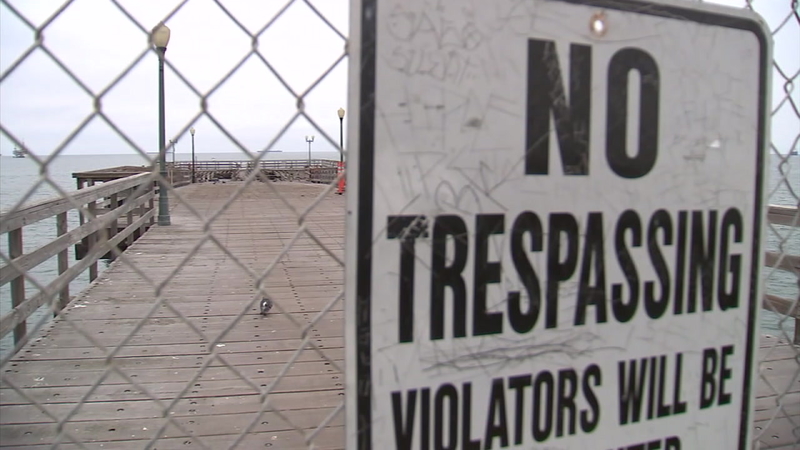 SEAL BEACH, Calif. (KABC) -- Construction crews moved in to get ready for the nine-month project to repair and renovate the Seal Beach Pier.

"It's about time. We've been waiting, waiting and waiting. It's finally coming so we're all excited," long-time resident Michael Dicorato said.

An electrical fire in 2016 destroyed a bait shop and the Ruby's restaurant at the end of the pier. Both were vacant at the time. Insurance money from those buildings will repair the fire damage.

The city came up with the rest of the $8 million needed to upgrade utility lines, shore up structural support and give the pier a facelift.

Assistant City Manager Patrick Gallegos said when the project is done, residents will be proud.

"People will notice the new decking, the handrails, the lighting - those types of things, but more than that we'll be able to support a restaurant at the end of the pier should the city decide that's what they want out there," he said.

On Tuesday, visitors to the pier weighed in on what city leaders should put at the end of the pier.

The city tried to bring another restaurant after lease negotiations with Ruby's failed in 2013, but those efforts were put on hold when city leaders learned the pier needed costly improvements to safely house another eatery.

Since the fire, the last 100 feet of the pier have been closed, creating an eyesore for residents and visitors who cherish the small town charm of Seal Beach and its wooden pier.

"It's like a little local town. Everybody knows everybody. It's kind of quaint," Dicorato said.

Gallegos said after a lot of work, the pier is finally getting its change.

"There were a lot of hoops that we had to run through but we were successful and now, today is here, and we're starting construction," he said.