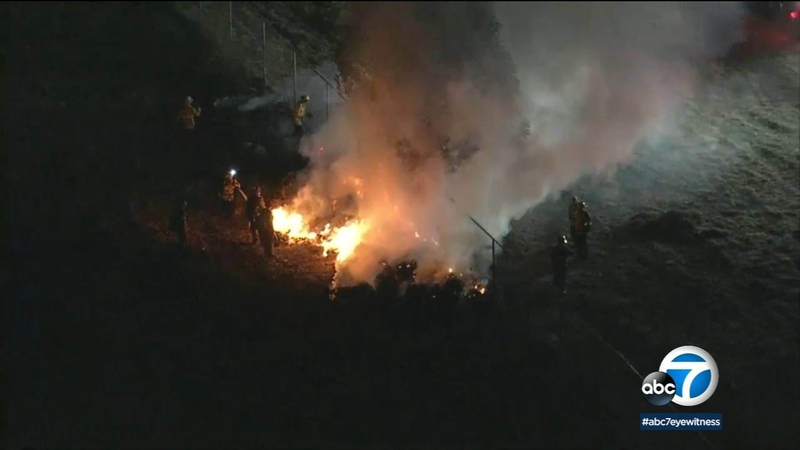 The move comes as Los Angeles officials are trying to clear homeless encampments that could pose a fire danger.

On Sunday evening, Firefighters moved quickly to knock down flames from a fire that broke out in the Sepulveda Basin.

The fire was the latest of three recent fires in the popular recreation area, which also has several homeless encampments.

"It's a good idea to clean up these encampments to make sure that the whole area is safe," said Encino resident Esther Martinez, "especially from the whole fire season right now - there's like three of them."

In late July, a brush fire swept through several homeless camps and burned 10 acres. Another fire broke out late October and charred at least 60 acres.

The L.A. City Council has passed an ordinance that allows police to order people in wildlife threat areas to leave.

On Monday, the city started phase three of its homeless encampment cleanups in the area near Lake Balboa. The cleanup is part of a public safety effort.

"This population is incredibly difficult to house," City Councilwoman Nury Martinez said at a news conference near the cleanup site. "They are shelter-resistant, housing-resistant, whichever way you want to put it.

"So we constantly have to make contact with them to make sure that they're either seeking treatment for whatever addiction they're facing," Martinez said, "or making sure that L.A. Family Housing services has a proper shelter for them to actually accept housing."

In two previous cleanups, about 400 tons of trash has been removed from the basin.