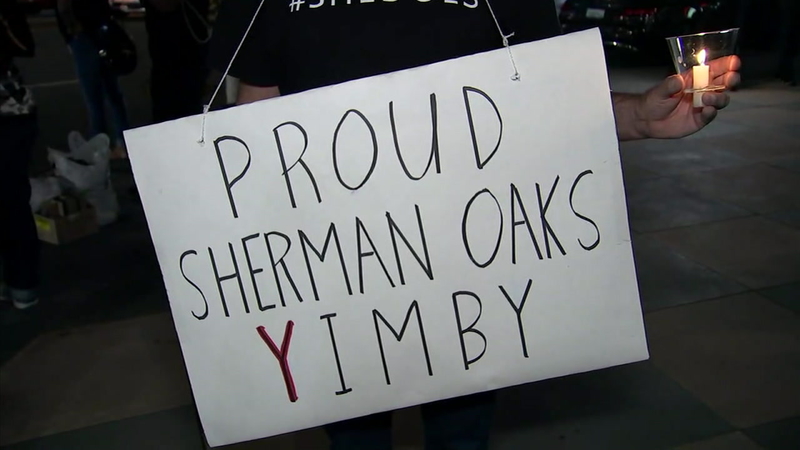 SHERMAN OAKS, LOS ANGELES (KABC) -- A protest for the homeless and a candlelight vigil for what they don't have was held in Sherman Oaks as dozens urged the city of L.A. to move forward with a homeless housing plan.

Protester Paul Dumont lives in Sylmar now, but for 20 years off and on he was homeless in Sherman Oaks.

"There's a lot of shame and guilt and remorse. Most people are not there by choice," he said.

He was out Tuesday night with his kids because just a few weeks ago homeowners in opposition of the temporary housing plan expressed their outrage.

"I really didn't like the message that was delivered there, and I didn't believe that that was really representative of how our community feels," Dumont said.

"I didn't want those people representing me, and also because I do think that there was a lot of fear being stoked for all the wrong reasons," he said.

Homeowners who oppose the plan said there are already serious issues with transients in the area, and the new plan could bring more problems. But Pelzer said something must be done.

"I believe that housing is a right that we should all have, and once you take that position, which I do very strongly, you just work backwards to make that happen," he said.