As the clock struck 4:20 p.m., thousands of joints were lit and a cloud of pot smoke rose from Robin Williams Meadow and Hippie Hill. But make no mistake, the party started long before that.

People were rocking and rolling -- joints mostly -- at the annual 420 pot fest. "You gotta get high, roll up and do it," says Lonnie, who attended the event.

"I feel like there's a lot of high people in the same area," another attendee said.

When asked how the cannabis was, Manteca resident Joseph Garcia said, "Smells good, tastes good, smokes good... plenty of it, too."

Which way to #420weekend ? Hippie Hill is getting crowded, the big smoke out is on. #cannabisculture pic.twitter.com/OoZqIFDr2A

That's an understatement. Even though cannabis is legal in California, you can't buy pot inside the festival. But that hasn't stopped people from selling.

"Don't buy your pot from random strangers in the park," said Tamara Barak-Aparton from the SF Recreation & Parks Department. Officials are trying to prevent what happened last year.

"About a dozen people ate fentanyl-laced marijuana edibles and they had to be revived with NARCAN and taken to the hospital," she said.

Late in the day, the line was long to get into 420. Mendocino pot farmer Rocco Lobeo was there for the first time. "The world is changing, all for the better. Everyone is coming together. The flower brings the most beautiful people together."

Officials say there was extra security at the event. Officials say several people were treated by EMTs and two attendees were taken to the hospital -- the injuries were not related to the drug fentanyl.

Police made seven arrests on charges ranging from theft to assault. 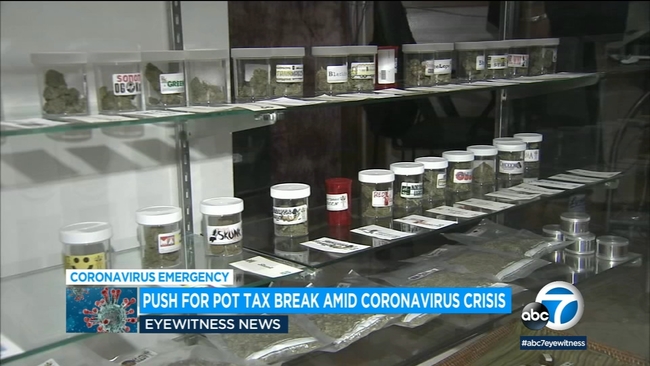