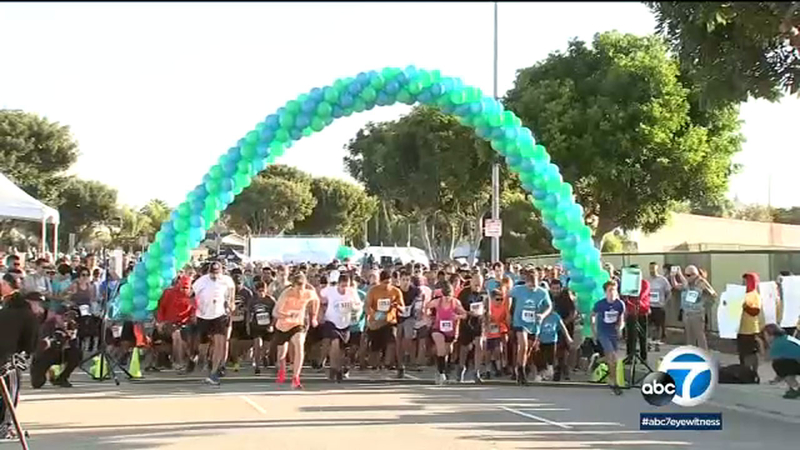 Many of the participants carried personal stories of someone they knew who died by suicide.

Los Angeles County firefighters Corey Martin and Scott Seymour were there for their battalion chief's son, who took his own life at 15.

"Sadly the rates of suicide and PTSD are just skyrocketing, and we're seeing it personally in the department," Seymour said.

It was the 21st annual event and was sponsored by the Didi Hirsch Suicide Prevention Center.

Talinda Bennington was the event's guest speaker. Her husband, Chester Bennington, was the lead singer of Linkin Park, and took his own life two years ago.

"There are no words to explain how difficult the experience has been," she said.

She said Chester used to talk about his feelings when he was well, but when he wasn't, he isolated himself.

"I know the signs now," Talinda Bennington said. "I did not know that then, and I had no idea how serious those potential warning signs could be."

She's determined to help others avoid her family's experience, which is why she launched 320 Changes Direction, an effort named in honor of her husband's birthday on March 20. It aims to streamline access to mental health resources.