Thousands turn out for Halloween Carnaval in West Hollywood 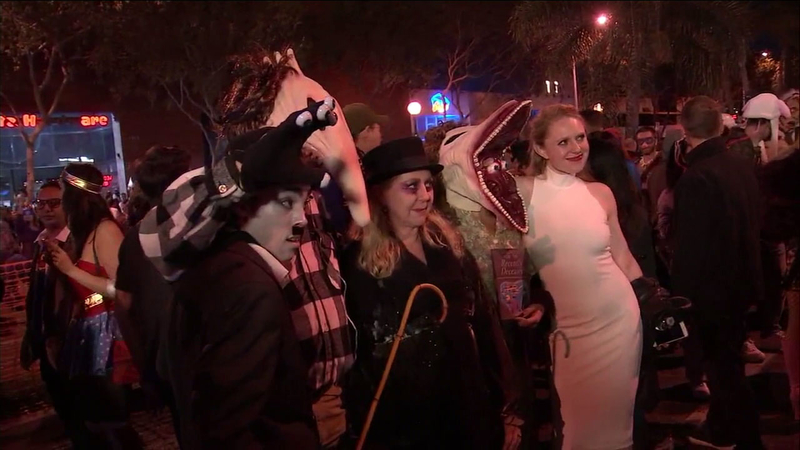 Thousands turn out for Halloween Carnaval in WeHo

Security was tight as hundreds of Sheriff's personnel were on hand as people in outlandish costumes walked the streets on what is billed as the world's largest Halloween party.

Politics was a theme for the night as people used their costumes to make political statements.

On hand were a man dressed as Captain America stumping against President Donald Trump, a group dressed as Supreme Court justices and one person who was dressed as a "voter suppression booth."

The celebration, which ended at about 11 p.m., prompted road closures.