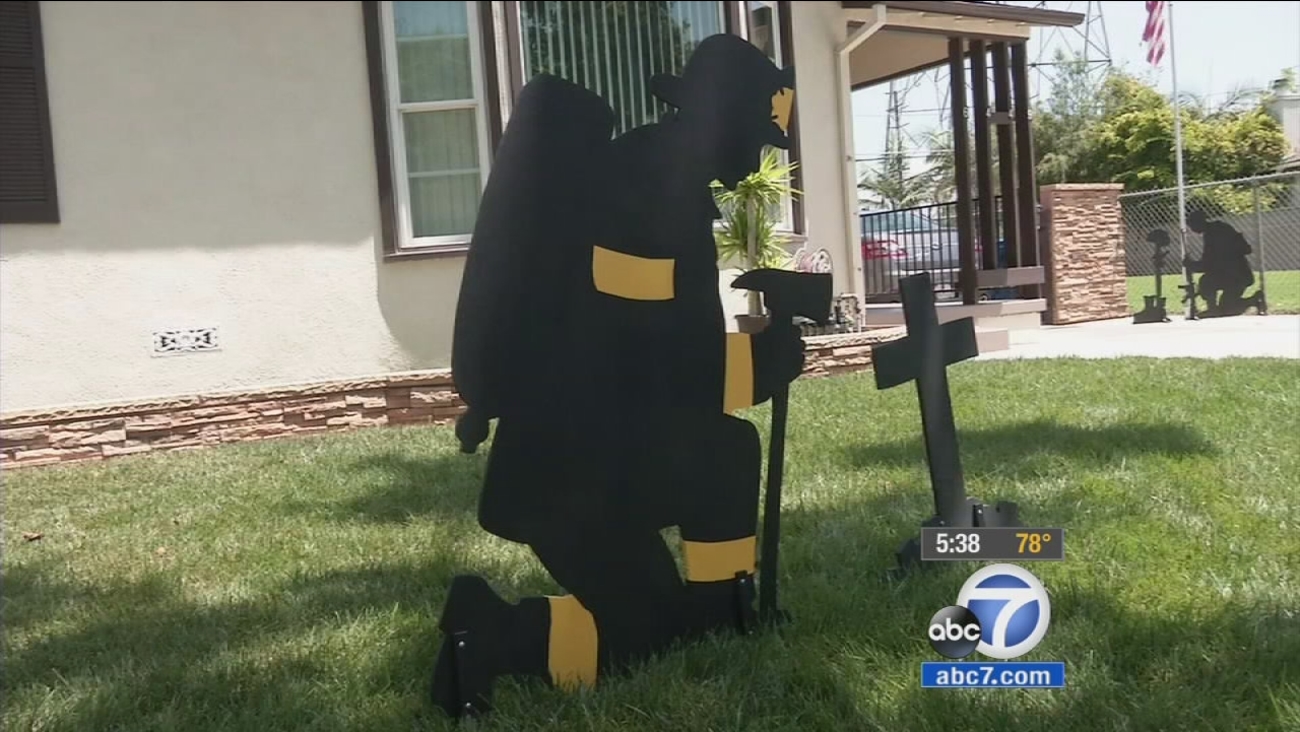 A silhouette of a firefighter, meant as a tribute piece, is put on display on James Krupa's yard. (KABC)

LAKEWOOD, Calif. (KABC) -- Six months ago, an Army veteran began building silhouettes as a tribute to service members who lost their lives in the war.

James Krupa then decided to do something special for a fire station a few houses down from his home.

"[It was] a token of appreciation and in memory of the fallen firemen," he said.

In February, he built a silhouette of a firefighter kneeling over a cross and then he gave it to the station. A Los Angeles County Fire spokesperson said they were thankful and put the work on display.

But recently, an anonymous neighbor complained about the symbol of the cross. Because it is against policy to show a religious figure at a public building, the department ordered that the cross be taken down.

Eventually the whole silhouette was taken down. Krupa was upset by the decision and chose to display the tribute in his yard.

"It really hurt. One person who doesn't like a cross shouldn't have control over all the rest of us," he said.

Krupa said the cross represents a grave stone, nothing else. Many neighbors came to his defense, including one who sent the story out to Eyewitness News using the hashtag #abc7eyewitness on Facebook.

While L.A. County Fire reviews the decision to remove the silhouette, one neighbor said several people want to put duplicates of it in their yards.