Two Tulare City firefighters pushed themselves to their absolute limits this weekend for charity.
KFSN
By Gilbert Magallon In joy and pain, the two embraced each other over their victory.

"We knew going into this it wasn't going to be for free," said Ferreira. "It was going to take some girt and some pain."

They started strong. The fire chief even joined them on the first leg of their run.

When they hit the halfway mark, the challenge started to take a heavy toll on their bodies.

"We stepped out on the road, and the first step was excruciating," said Ryan.

But members of the community wouldn't let them fail.

Other firefighters also pushed them to reach the finish line.

"When Josh and I would make runs during the day, we would have cars honking, and people yelling, keep going guys, keep going," said Ferreira.

They also had some fun along the way.

As an incentive to donate, they agreed to wear crop tops when they hit $2,000 mark.

In the end, they exceeded their expectations raising more than $8,000.

They also learned some valuable lessons about themselves along the way.

"Anything is possible," said Ryan. "If you put your mind to it and you say I am going to do this, and I am not going to quit no matter what."

Ferreira said this is just the beginning for them.

They're now thinking of possibly participating in a triathlon or even a 100-mile race, but first, they have other plans. 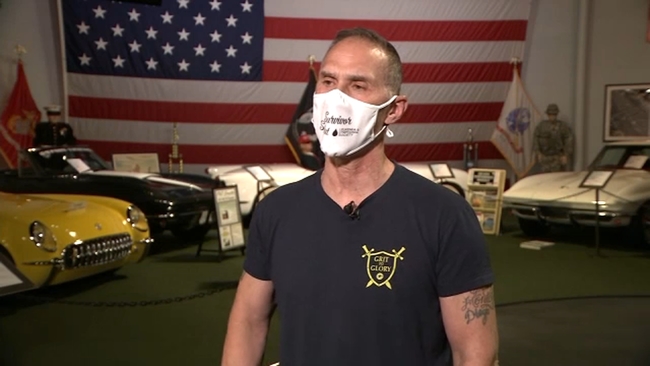 Retired Marine, others bringing awareness to cancer by strutting on runway

Some dealing with 're-entry anxiety' as COVID restrictions ease: Experts