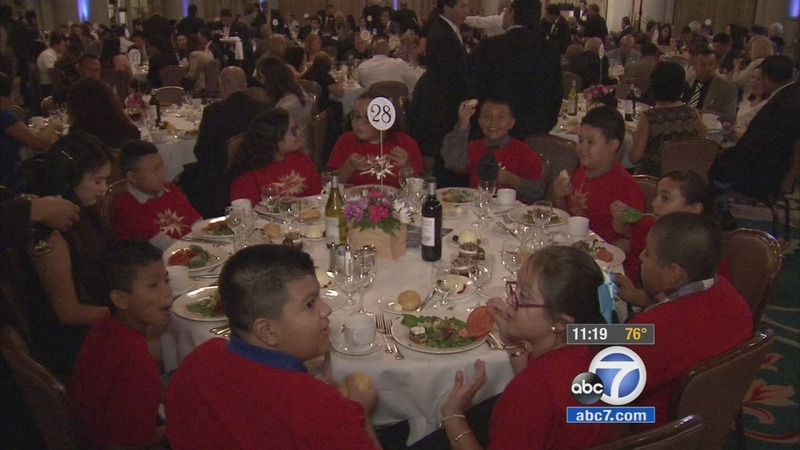 The honorary event, emceed by our own ABC7 anchor and reporter, Jovana Lara, awarded "Selena" producer and Boyle Heights native Moctesuma Esparza as the Alumnus of the Year.

"There were a lot of gang kids in the neighborhood, and I used to get beat up, so having somewhere to go to be safe was very important," said Esparza.

Abby Romero, producer of the short film "My Community of Boyle Heights," is also a former member and featured her movie as part of her effort to help the kids in her community.

The gala recognized teens from Boyle Heights, including Eli Gramajo, who is heading to Princeton University, and Carmen Magana, also starting college soon.

"When I got the $3,000 scholarship, I was so happy because I knew that's more than enough to cover classes and books for these next two years," Magana said.