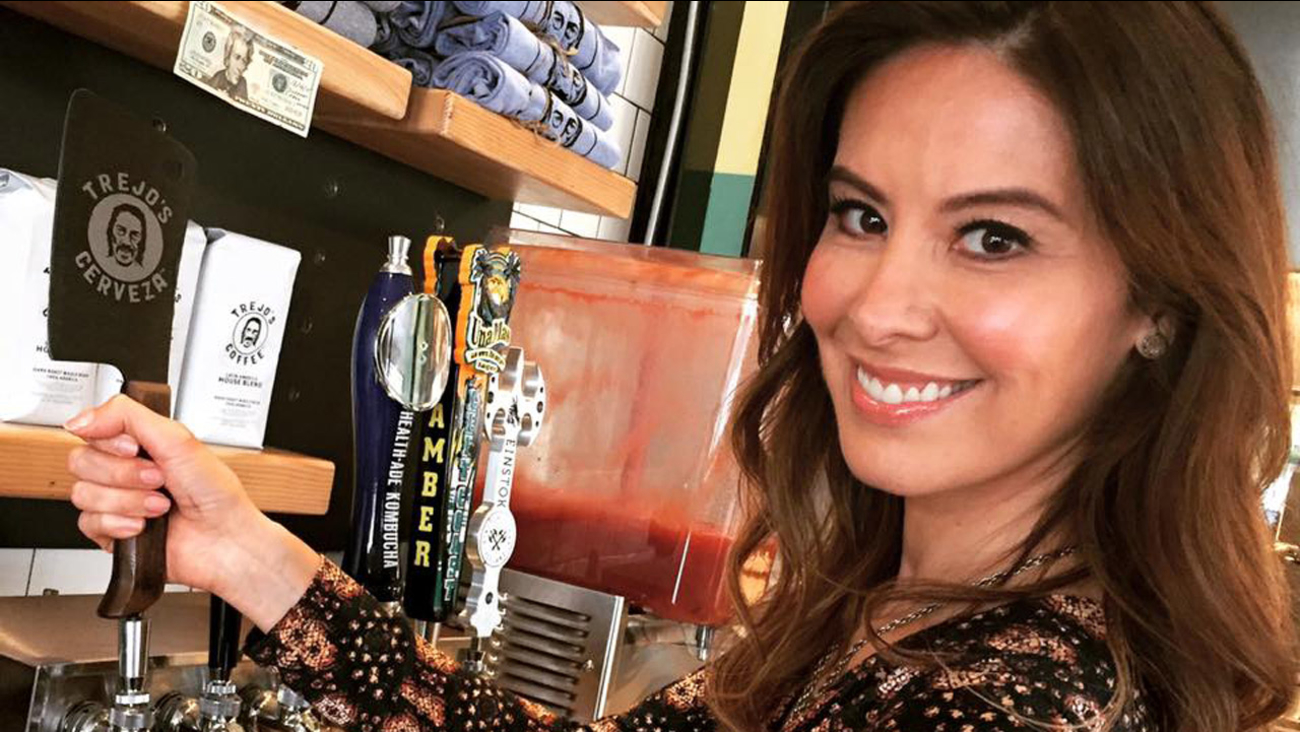 Patricia Lopez serves herself up some of Danny Trejo's Trejo's Cerveza at his taco shop in Los Angeles. (KABC)

LOS ANGELES (KABC) -- Exploring L.A. through a Latino lens, we're getting a fresh start in L.A.! Vista L.A.'s Patricia Lopez gets the first invite to Danny Trejo's much talked about new restaurant-Trejo's Tacos.

Then, Jovana Lara introduces you to the gorgeous Rosie Mercado, whose story might inspire you to change a few things. Anabel Muoz meets up with the young mayor of one of L.A.'s most corruption-plagued cities to see how things are really changing there.

We found a new little spot in the San Fernando Valley where they're taking farm-fresh foods and adding a bit of Spanish style and flavor and making food that is delicioso!

Trejos's Tacos
Actor Danny Trejo, known to many as "Machete," reunited with an old friend and movie producer to launch a new project. It's not another movie, but a chain of taco restaurants! Trejo's Tacos serves up a variety of gourmet tacos, including several veggie and gluten free options. www.trejostacos.com
EMBED More News Videos

Danny Trejo is opening Trejo's Tacos in Los Angeles, serving up what he calls 'the most delicious tacos known to man.'

Rosie Mercado's Model Outlook
Just a few years ago, plus-size model Rosie Mercado reached a top weight of more than 400 pounds. She said her life hit rock bottom. Then she boarded a flight and her life changed course. Rosie decided to take control and get active!

On this journey, Rosie has gotten physically, mentally and spiritually healthier. Today, she's signed to be the face of five major fashion campaigns (even though she was once told she would never land one!). Her life story is an inspiration for women of all sizes. www.rosiemercado.com

A Fresh Start in Cudahy
The city of Cudahy and its neighbors have been plagued with corruption, but many people said it's a new day there.

With a new wave of young elected leaders in the city - and in the surrounding cities along the 710 Freeway - it is leaders like Mayor Cristian Markovich who are leading the charge and taking the cities in a new direction.

Markovich said technology and transparency are part of what's helping this positive change, and that means more accessibility to politicians, which is a good thing. http://www.cityofcudahy.com/

Fill Up on the Good Stuff at Gasolina Caf
This fresh new spot in Woodland Hills is great for breakfast and lunch. It's farm-to-table food meets Spanish influence, so it's locally sourced and delicious! www.gasolinacafe.com

Camino Real Chevrolet
The oldest Hispanic-owned Chevrolet dealership in SoCal is still going strong after 40 years. We stopped by for a visit with owner Mike Hernandez to see why it's such a special business and why so many famous athletes have called him a friend. http://www.chevyofmontereypark.com/