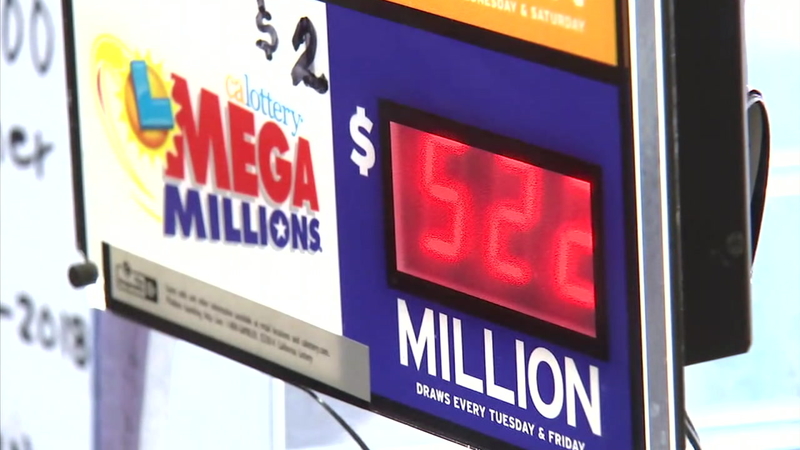 LOS ANGELES (KABC) -- The numbers have been drawn for the the fifth-largest Mega Millions jackpot in the multi-state game's 16-year history - and at least one winning ticket was sold in California..

The jackpot was estimated at $522 million for Tuesday night's 8 p.m. drawing.

California Lottery officials said a ticket with all the winning numbers was sold in San Jose, at Ernie's Liquors. Results from other states are still pending, to see if the San Jose winner may have to divide the winnings.


RELATED: Mega Millions & Powerball jackpots: These are the 10 biggest lottery jackpots & their winners

The jackpot amount has been climbing since May 8 this year and it took 22 draws to reach this amount, said Tracey Cohen, Chief Operating Officer of D.C. Lottery.

"It's really exciting. It's wonderful to see the jackpot climbing and to see people involved and engaged in the drawing and the possibility of winning."

But if you do win the jackpot and want your prize money in cash immediately, that amount won't all be yours. You'll be taking home a far smaller but still impressive sum of $308.1 million - before taxes.

To take home the entire $522 million, you'll have to be a little more patient, and choose the annuity payments option - one immediate payment of $7.8 million, and then annual graduated payments for 29 years, she said.

Before the drawing, Southern Californians lined up at "lucky" retailers across the region.

Although the odds of matching all six numbers is less than 1 in 302 million, that didn't stop Gwen Repulse from buying a ticket at Bluebird Liquor in Hawthorne.