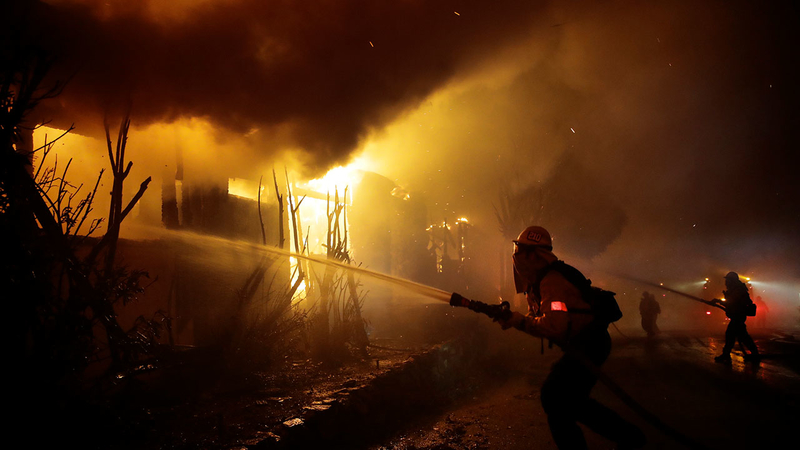 LOS ANGELES (KABC) -- It was a memorable year in news. Here is a roundup of some of the biggest stories ABC7 covered in 2019.

Witnesses say the residents of one of the homes set ablaze in the plane crash in Yorba Linda were hosting a Super Bowl party at the time of the fatal wreck.

Federal prosecutors in Boston charged 50 people, including actresses Felicity Huffman and Lori Loughlin, in the largest college admissions cheating scam ever prosecuted in the United States.

Thousands of people honored the slain rapper Nipsey Hussle at a memorial service at Staples Center, followed by a 25-mile procession through his native South Los Angeles.


Fans mourned the death of Cameron Boyce, a Disney Channel star who died in his sleep at age 20.

This is not what you want to see while driving on a freeway. People in a passing car got video of a Tesla driver seemingly sleeping behind the wheel of a Tesla on I-5 near Santa Clarita.

Massive flames were seen lapping up against fenced homes in Porter Ranch, as daylight revealed the extent of damage done by the unrelenting Saddleridge Fire.

A fire erupted along the 405 Freeway in the Sepulveda Pass near the Getty Center, destroying homes and forcing thousands of evacuations.

A high school student killed two classmates, wounded three others and then shot himself at Saugus High School in Santa Clarita, authorities said.

Trump impeached by House for abuse of power, obstruction of Congress