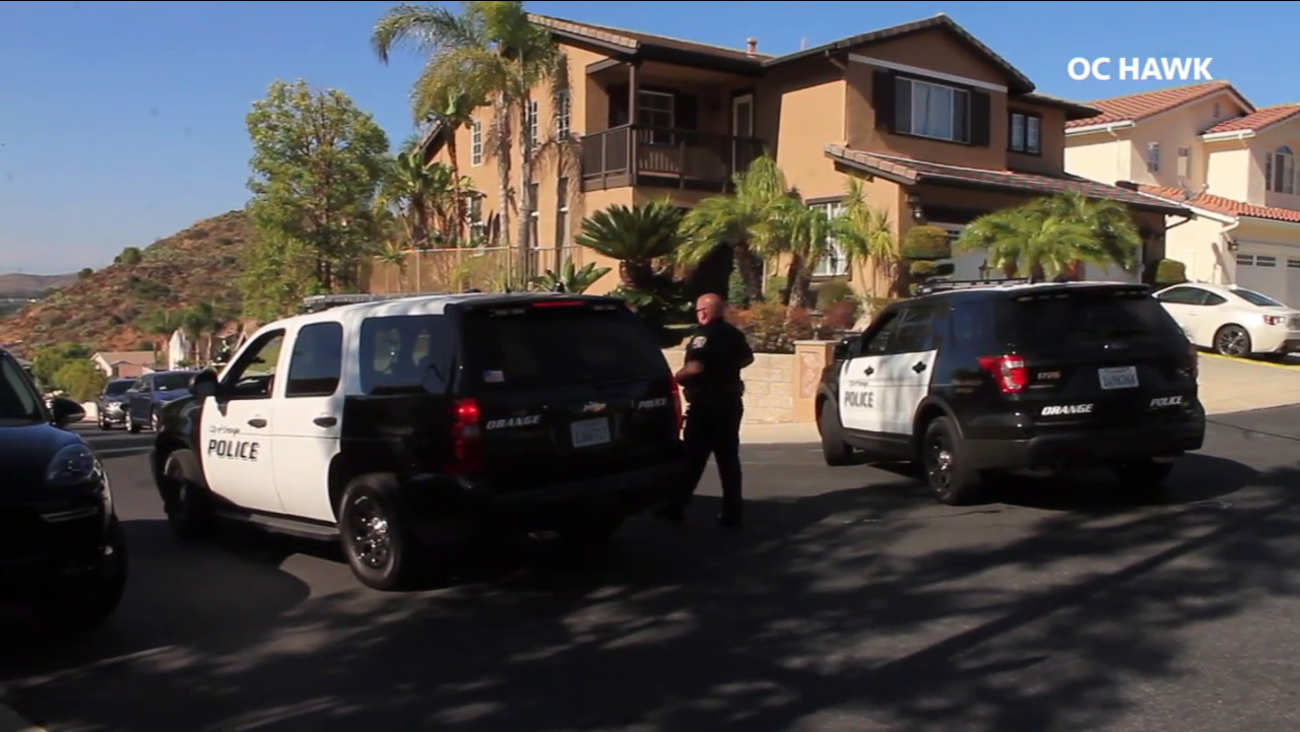 An Orange Police Department officer is seen in a residential neighborhood where a man allegedly strangled his mother on Monday, Aug. 14, 2017. (OC Hawk)

ORANGE, Calif. (KABC) -- A man was arrested Monday afternoon after he called 911 and said he had strangled his mother during a domestic dispute, authorities said.

The call was made at 2:45 p.m., prompting officers to respond to the 5800 block of Ridgemont Court, where they found the suspect's mother dead, according to a news release from the Orange Police Department.

The son was taken into custody at the scene, the statement said. Police homicide detectives assumed the investigation.

The names and ages of the victim and suspect were not immediately released.