Angela Bassett lends her voice to Pixar's 'Soul' on Disney+

The importance of family and community are explored in the new animated film "Soul."
OTRC
By George Pennacchio 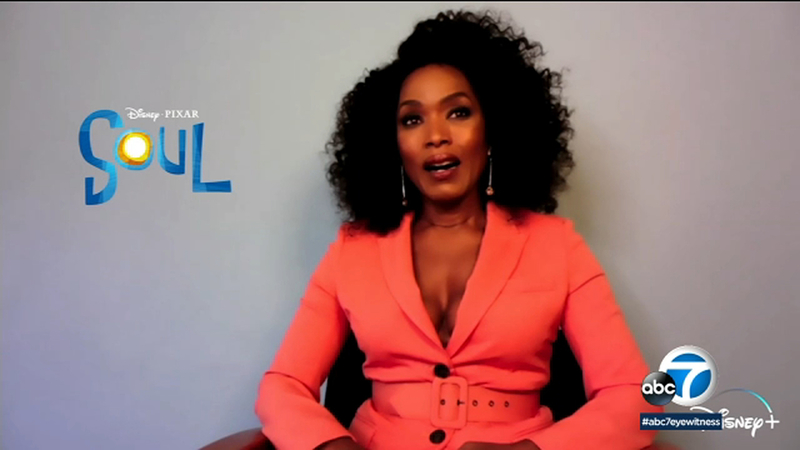 Angela Bassett lends her voice to 'Soul' on Disney+

LOS ANGELES -- Angela Bassett is one of the voices you'll hear in the new film, "Soul."

In the latest film from the Disney-Pixar world, Bassett plays a great jazz musician named Dorothea Williams. She is considering hiring Jamie Foxx's character, a music teacher named Joe, to be a part of her quartet.

Bassett gave serious thought to the importance of the character in the music world.

"She takes what she does very seriously. Do you know how rough it was for her coming up in the jazz age, as a female sax player no less and now heading her own band? She does not suffer the foolishness," said Bassett.

Joe gets the job, but an accident changes everything. And suddenly, the film is dealing with life, death and Joe's adventure with a young soul voiced by Tina Fey.

"They really got the message of being yourself, of not letting others define you, of defining yourself to yourself," said Bassett. "And just the other day, my son says, 'I can't wait until 'Soul' comes out."

It's new to Disney+ on Christmas Day.