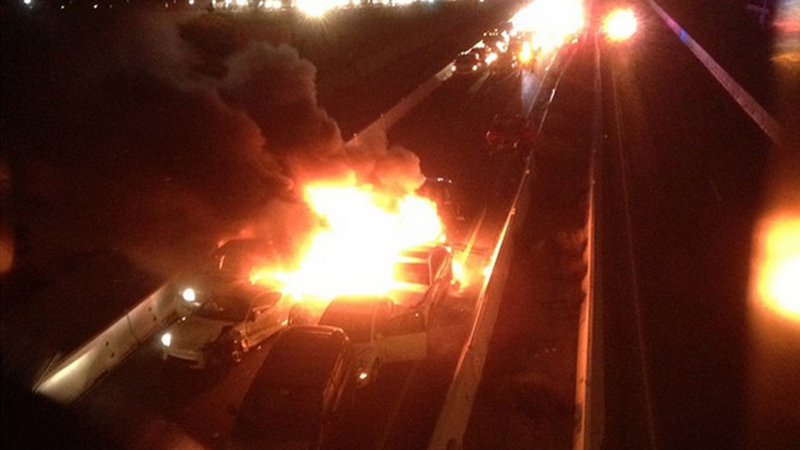 PERRIS, Calif. (KABC) -- All southbound lanes of the 215 Freeway at 4th Street in Perris reopened after a fiery 11-vehicle crash, the California Highway Patrol said Saturday.

A cause of the accident was not immediately known.

Sofia Copado was on the freeway when the accident happened.

"We started seeing smoke, everybody slowed down to a dead stop, and we saw smoke coming up. We started seeing flames and people were getting out of their cars," Copado told Eyewitness News in a phone interview.

Traffic was diverted off at Redlands Boulevard. After about three hours, all lanes were reopened by 8 p.m.