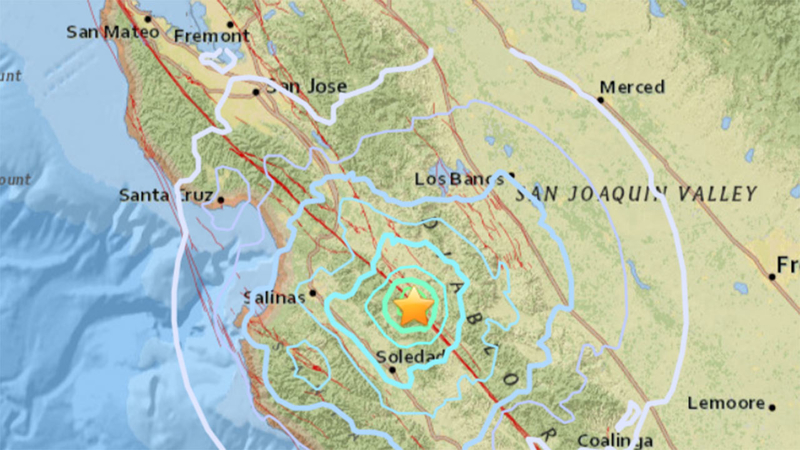 The temblor, which struck around 11:30 a.m., was centered approximately 8.7 miles northwest of Pinnacles and 17.4 miles south-southeast of Hollister, according to USGS.

The USGS says the epicenter was about 4 miles deep. The quake struck an area that appeared to be almost entirely wilderness or agricultural fields.

The quake was reportedly felt in the South Bay as well as other parts of the Bay Area.

The National Weather Service office in Monterey tweeted the quake was felt in their office, 25 miles southeast of the epicenter.

Police and fire officials in and around the area reported no immediate damages, injuries or other problems.