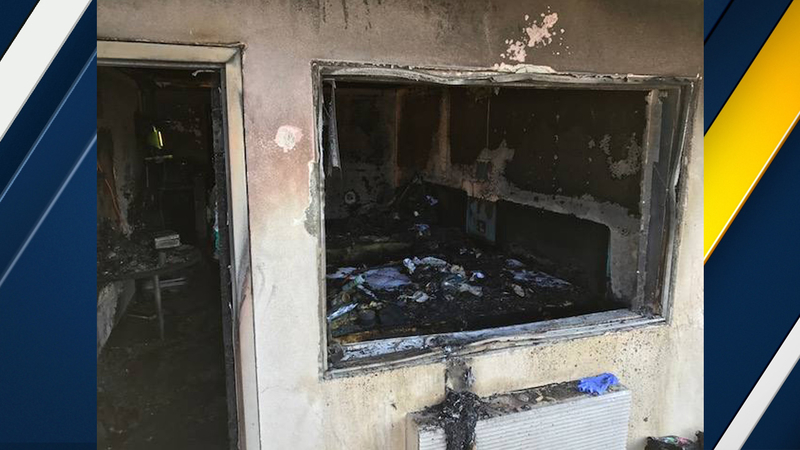 Sheriff's deputies and firefighters responded about 12:37 a.m. to a Motel 6 in the 1200 block of Durfee Avenue, where several rooms were ablaze, according to a news release.

"Police-related equipment" was also found at the scene, according to the Los Angeles County Sheriff's Department.

The two detained suspects sustained burn injuries and were transported to a hospital. A dog, also burned in the incident, was taken to a veterinarian hospital.

Investigators said a third, possibly injured suspect may have fled the location before authorities arrived.