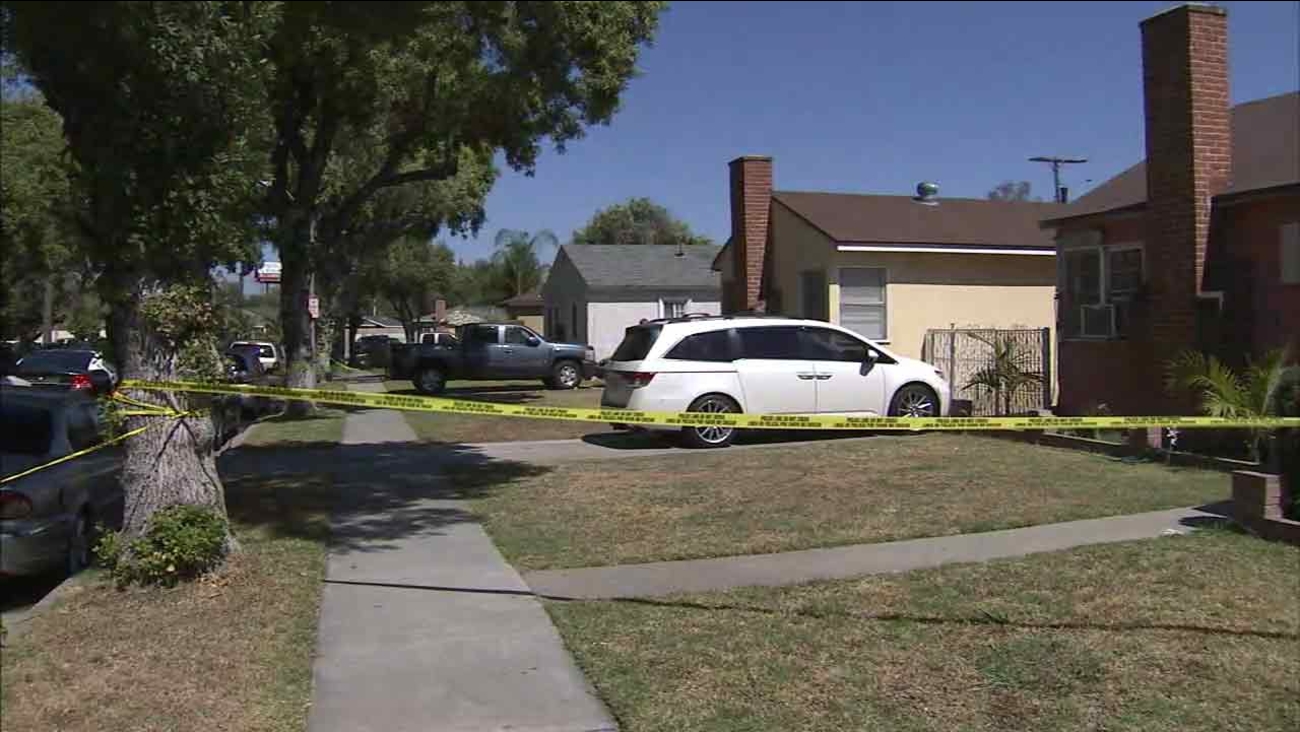 Crime tape ropes off the scene in South Gate, where a woman was killed on July 4, 2016.

SOUTH GATE, Calif. (KABC) -- A 40-year-old man has been charged with murder in the slaying of his girlfriend on Fourth of July in South Gate, the Los Angeles County District Attorney's Office said.

Police officers responded to the 5200 block of Brookdale Road shortly before 4:30 a.m. Monday following a report of a woman with suspicious traumatic injuries.

When paramedics arrived on scene, they performed CPR on the woman, identified as 33-year-old Nancy Molina.

Molina was transported to an area hospital, where she was listed in extremely critical condition. She later succumbed to her injuries and died.

According to prosecutors, investigators arrested Molina's boyfriend Oscar Rodriguez Jr. in connection to her death.

He was charged on Wednesday with one count of murder and is being held on $2 million bail.

If convicted as charged, Rodriguez faces up to 25 years to life in state prison.