Suspect in custody after hitting patrol car, other vehicles during erratic chase in South Gate area 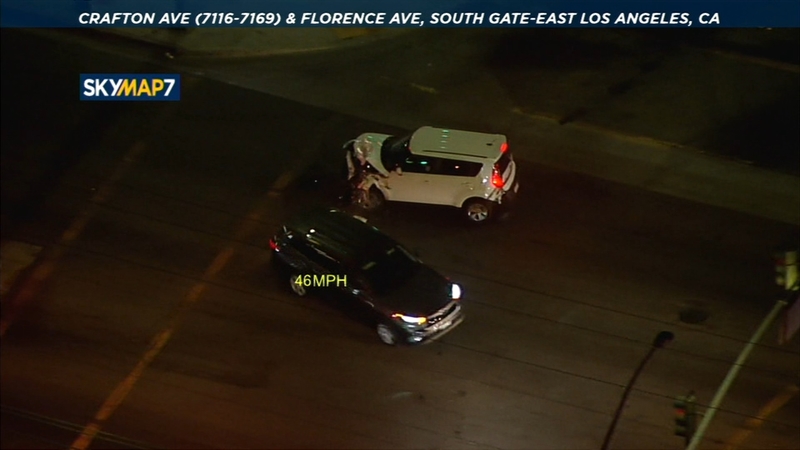 Suspect in custody after erratic chase in South Gate area

SOUTH GATE, Calif. (KABC) -- A suspect was taken into custody Friday night after leading authorities on an erratic chase that involved multiple collisions in the South Gate area.

It's unclear what prompted the pursuit but the driver oftentimes was going at high speeds on surface streets with a good amount of other commuters.

After getting stuck at a traffic light the driver backed up and rammed into a Los Angeles County sheriff's patrol car that was behind him and other vehicles stopped at the light. One person got out of the suspect vehicle's passenger seat and the driver then forced his way through and continued to maneuver recklessly through the streets.

The suspect continued on for a few blocks before hitting another vehicle at the intersection of Florence and Crafton avenues, but was not fazed by the impact or damage sustained to the vehicle and kept going.

With the front hood of the car partially raised and obstructing the windshield view, the driver attempted to get on the northbound 710 Freeway but lost control and crashed into a guardrail.