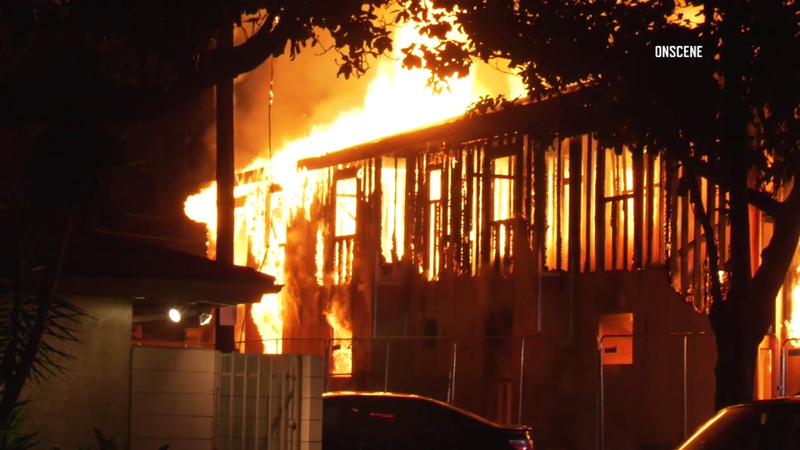 SOUTH LOS ANGELES (KABC) -- A fire engulfed two buildings that were under construction Tuesday morning in the Green Meadows neighborhood of South Los Angeles, prompting a massive response from firefighters.

The inferno was reported shortly before 3:30 a.m. in the 1100 block of 95th Street, according to the Los Angeles Fire Department.

Flames were "shooting up 70, 80 feet in the air," said LAFD Battalion Chief Robert Caropino. He said firefighters evacuated the occupants of an adjacent apartment building that sustained minimal damage.

Ten-year-old Melody Guillen said a neighbor helped her and others -- including her pet turtle -- escape from her house through a window as the fire threatened the home.

"I thought he was going to get burned," she said, smiling after the small reptile survived unharmed.

"Despite having wires down there were no reported firefighter or civilian injuries," the LAFD said in a statement.