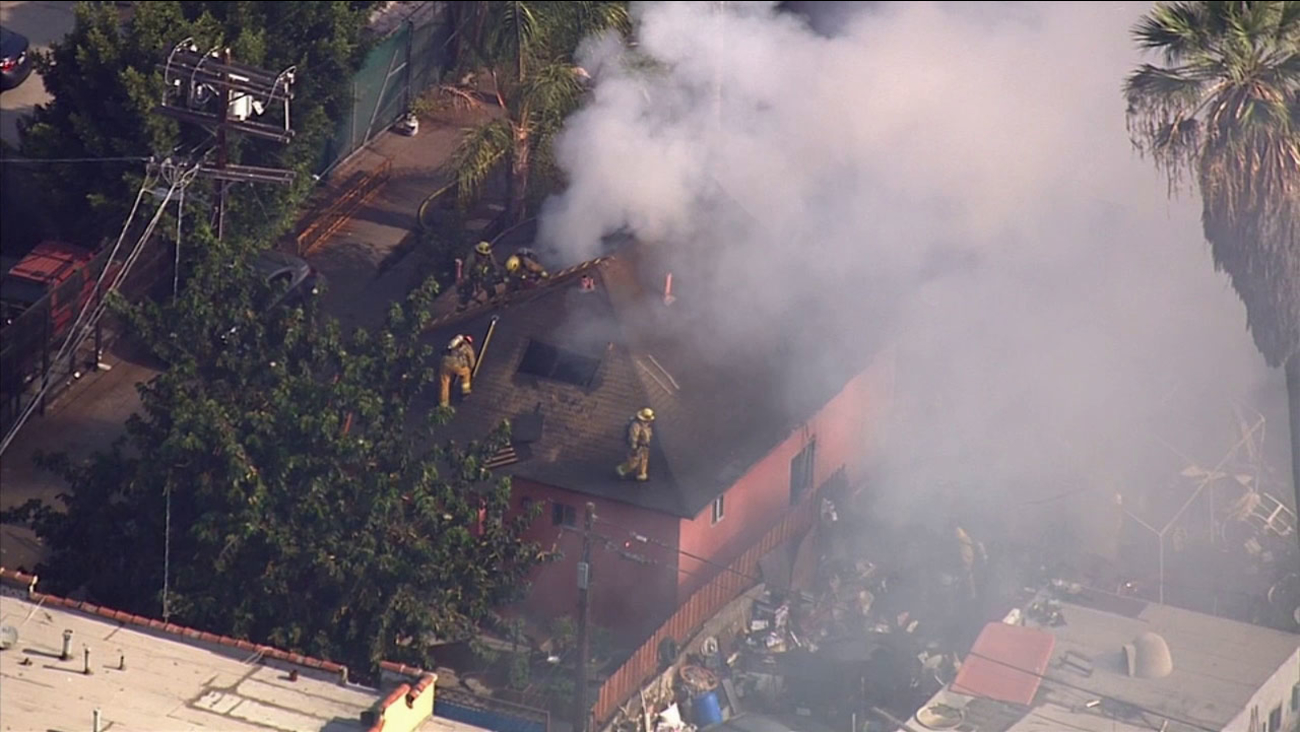 Firefighters battle a fire at a South Los Angeles house on Wednesday, Sept. 10, 2014.

SOUTH LOS ANGELES (KABC) -- A fire that erupted in a motorhome in South Los Angeles spread to a house nearby on Wednesday, but no injuries were reported.

Authorities responded to the 400 block of East 25th Street at about 9:15 a.m. and found that a fire in a recreational vehicle had spread to debris and a one-story home.

The fire, which appeared to engulf at least one other vehicle, was knocked down in 21 minutes. Fifty-one firefighters responded to the scene.

The cause of the fire has not been determined. A damage estimate was not immediately available.